Public involvement is an integral part of the CORE study. Prior to receiving funding two consultations were carried out to inform and refine the work. A service user consultant was also a Co-applicant.

Once funding was received two working groups were established, one for service users and one for carers. These provided guidance to the research, and actively participate across the study. Initially these met as two groups, but they now meet as one. Service users and carers from these two groups have conducted interviews with service users and carers about their views about crisis services, which contributed to drawing up the fidelity scale used in Workstream 1. Data analysis, fidelity measure development and being a reviewer on each of the fidelity reviews have also been important contributions made by the working group members.

Service users and carers have made an essential contribution to the CORE study, and this will continue throughout the research. Funding for this was identified in the original funding application, making sure that Public Involvement was an integral part of the study. 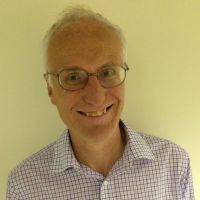