In 2018, this famous station celebrated its 150th anniversary and owners, HS1 Ltd, asked UCL's History depart to help them with a project to uncover 150 historical sources for this special occasion. 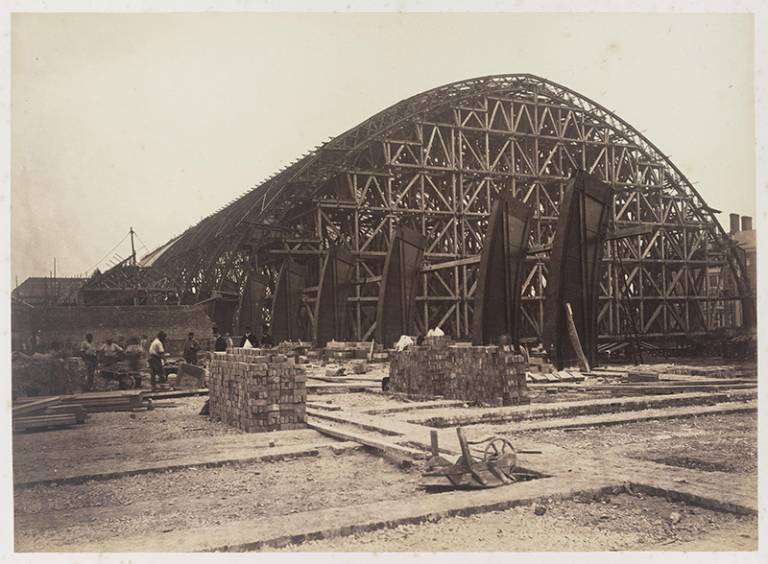 St Pancras – 'Cathedral of the Railways'

These days, St Pancras International is one of London's busiest railway stations. Around 50 million people use it each year and it's an awe-inspiring place. From outside or inside under that arched iron-and-glass roof, it looks every inch one the world's most iconic travel termini. After all, it hasn’t been called the 'Cathedral of the Railways' for nothing.

It started well enough. On 1 October 1858 at 4.20am, the William Barlow-designed railway shed welcomed its first train — the 10.05pm overnight mail from Leeds. But in the earliest days of the station most of it's new arrivals were liquid – beer from a Burton-upon-Trent brewery (today's boutique shops were converted from the original beer cellars) and milk from farms in the Peak District some 150 miles away.  By 1874 things had changed with the Midland Railway operating the UK's first luxury rail service, known as the Pullman, into St Pancras. In 1876, George Gilbert Scott's Grand Midland Hotel was completed and by 1902, 150 trains were running into the station from all over the UK. But the 20th century was not kind to St Pancras. A 500kg bomb damaged the station in 1942 and in 1966 the British Railways Board proposed demolishing it altogether.

Getting St Pancras back on track 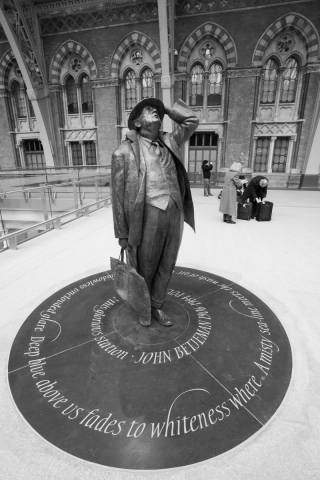 Fortunately, a campaign launched by Sir John Betjeman — later to be Poet Laureate of the UK— led to St Pancras earning Grade I listing, thus avoiding the fate of the neighbouring and original Euston station. Two renowned works of art now grace the station's concourse, one is of Betjeman looking up to the roof of the station, the other is Paul Day's ‘The Meeting Place’.

In 2007, the station was officially reopened by Queen Elizabeth II as St Pancras International following refurbishment. Today, it's home to a range of domestic services as well as being the terminus for Eurostar’s continental services from London via High Speed 1 and the Channel Tunnel. During the years following its reopening, the £800 million refurbishment project deservedly went on to win a number of prestigious transport, engineering, construction, retail and leisure awards.

Back to the station's future

Following discussions between UCL Consultants and Josie Murray, Senior Heritage Adviser at HS1 Ltd, Professor Margot Finn, Chair in Modern British History at UCL was asked to lead the project.  The partnership was fortuitous. The UCL History department, which itself dates back to 1830, is consistently ranked as one of the best in the world for the quality of both its research and its teaching.

Calling upon the energy, enthusiasm and research skills developed on their course, 25 undergraduate and Masters' students from the department compiled and supplied 165 historical items to HS1 Ltd. The UCL students worked with a range of organisations, from the British Library to the London Transport Museum. Sources also included UCL's own History department.

Professor Finn commented: “This project provided undergraduate and MA students in our department with an exceptional opportunity to hone and showcase the research skills developed by their programme of study. We're proud to have enriched the local, national and international appreciation for St Pancras International and the wider area in which we are based. The project was a great opportunity to demonstrate London's leading role in technological innovation, travel and much more, from past centuries to the present.”

The hard work of UCL's History department students enabled the HS1 Ltd team to publish the book 150 Facts for 150 Years, celebrating the 150th anniversary of St Pancras in print. This brought together many revealing and little-known details about the long and tumultuous history of this iconic building and its local surroundings. These ranged from the opening of what was once the largest single-span arch in the world, to the reason Midland Railway built a special viaduct to travel over St Pancras station. 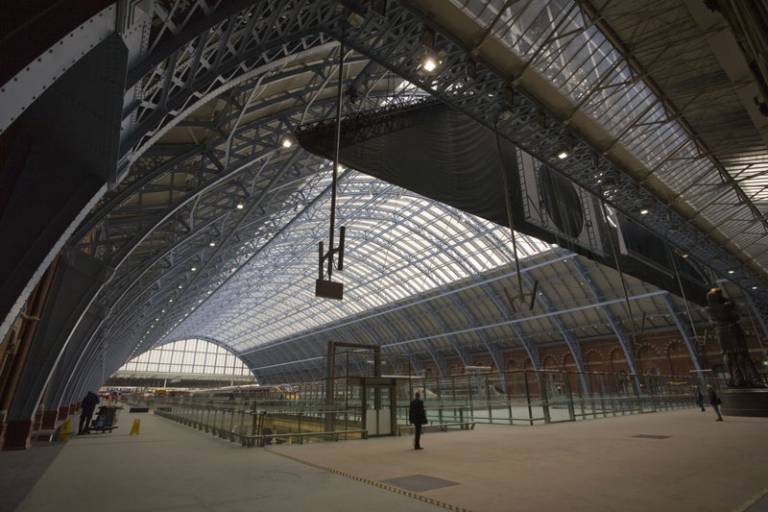 All the UCL students who took part in the project were credited by name in the book and one of them was subsequently employed by HS1 Ltd in their legal department.  In addition, HS1 Ltd used the information provided by the UCL students to produce a range of graphic displays that were placed around St Pancras International, to further engage, inform and enchant travellers and visitors alike.

The role of UCL's History department in the celebrations surrounding St Pancras' 150th anniversary have been so successful that the team at HS1 Ltd is keen to discuss further collaborative projects.