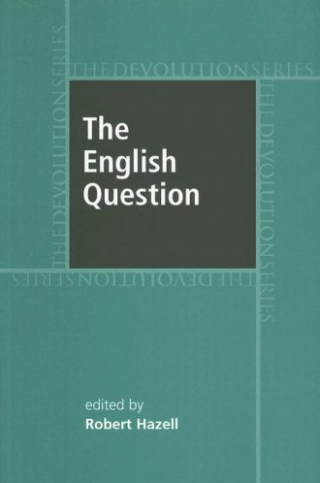 This project was one of the main strands in our major research programme on the Dynamics of Devolution, funded by the Leverhulme Trust. It explored the impact that devolution elsewhere in the UK was likely to have on England. The 'knock on' effect could lead to demands for greater regional autonomy, or to demands for a stronger English voice at Westminster. We looked for evidence of both sets of demands, and in our book The English Question we analysed possible ways of giving the English a more effective political voice, at regional and at national level.

Devolution on the Blog

Scotland’s place in the Union will not be decided in the courts: only politicians can enable or prevent independence

Devolution in the UK: the growth of the English variant

Deliver us from EVEL? Is the government right to abolish ‘English Votes for English Laws’?

The sovereignty conundrum and the uncertain future of the Union