Magna Carta and Its Modern Legacy 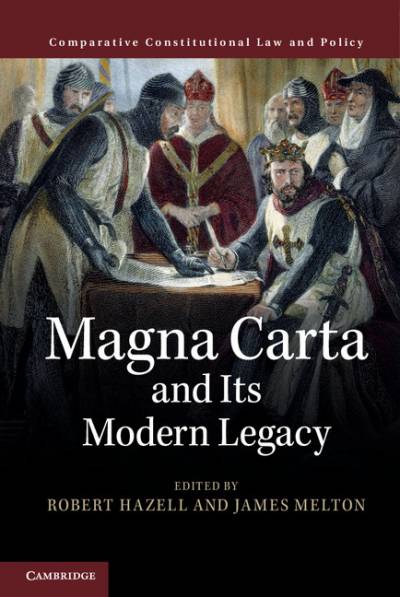 This project was led by Professor Robert Hazell and Dr James Melton. To mark the 800th anniversary of Magna Carta in 2015, the Political Studies Association invited Robert Hazell to produce a book analysing Magna Carta's influence from a political science perspective. Working together with James Melton, he convened a conference of international experts in 2014, and the conference papers were published in the edited book Magna Carta and its Modern Legacy (Cambridge University Press, 2015).