Faces on the Ballot: The Personalization of Electoral Systems in Europe

This short film introduces Faces on the Ballot through interviews with Alan Renwick and other leading experts on electoral systems and the personalisation of politics.

Alan Renwick’s book – Faces on the Ballot: The Personalization of Electoral Systems in Europe, co-authored with Jean-Benoit Pilet – examines the forgotten dimension of electoral systems.

Most studies look at whether those systems are proportional or majoritarian – that is at how they distribute power across parties.  Far fewer look at the impact different electoral systems have on whether parties or, rather, individual candidates are dominant in elections.  This books seeks to fill that gap. It has three key findings: 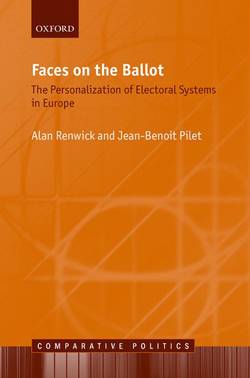 Praise for the book

“The key contribution of Faces on the Ballot is to really give us a good sense of how electoral systems have changed in European countries in the post-war period.  I think what it shows very clearly – which many of us hadn’t realised before – is how systems have moved towards a more personalised system and away from a more party-based system.”

“I think there are at least two key contributions of this book.  The first is simply as a huge exercise in data gathering and in meticulous documentation of often very subtle, nuanced changes in electoral systems, from which we can start to see a pattern emerging.  It has created a huge data resource for future scholars to use.  I think the other is showing there has been this tendency towards greater personalisation of electoral system, trying to see the causes of that, and also looking for evidence of the consequences.”

What do people in Northern Ireland think of unification referendums?

Prime Minister Liz Truss and the short, unhappy fate of the ‘takeover leader’