The Constitution Unit publishes partial results from the Citizens’ Assembly on Democracy in the UK, which concluded in December 2021. 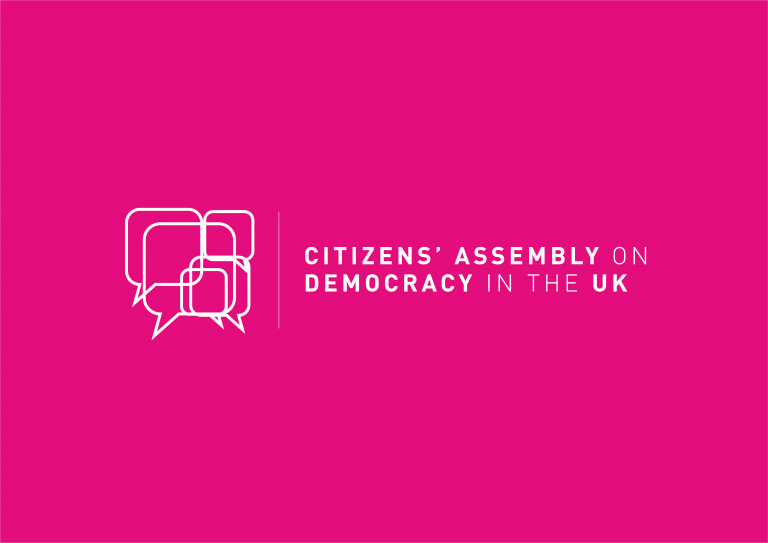 The Citizens' Assembly on Democracy in the UK met to examine the question, How should democracy in the UK work? The central message of the Assembly's conclusions is that people feel frustrated, dissatisfied and concerned about how democracy is working in the UK today. The Assembly calls for greater honesty, integrity and inclusivity from politicians.

The Citizens’ Assembly on Democracy in the UK comprised 67 members, carefully selected to reflect the UK voting-age population in terms of age, gender, ethnicity, education, disability status, region, and political attitudes. It was conducted by the UCL Constitution Unit, working with Involve, the leading public participation charity.

Assembly members concluded six weekends of intensive discussions by drafting statements summing up their feelings about democracy in the UK today. The words they most often chose were ‘dissatisfied’ and ‘frustrated’, followed by ‘concerned’, then ‘hopeful’ and ‘disappointed’.

The strongest theme was dissatisfaction and concern over a perceived lack of integrity among elected representatives. Statements included:

Assembly members also felt cut off from the system. They said:

Overall, they were worried about the direction of travel that democracy in the UK is taking:

At the same time, Assembly members also saw value at the core of the democratic system:

Assembly members wrote 20 statements in total, which are available in full on our blog post on the subject.

What do Assembly members recommend?

Alongside these statements, Assembly members agreed over 50 specific recommendations on how different aspects of the UK’s democracy should work. These will be published in full in the spring. Some core recommendations relevant to current debates include:

On the roles of government and parliament:

On the role of the courts:

'The Citizens’ Assembly on Democracy in the UK shows that concerns about standards in public life have really cut through. Almost every member of the Assembly, regardless of political allegiance, was angry and frustrated and wanted their elected representatives to do better.

'It’s often said that people aren’t interested in political processes – they just want government to deliver. It’s true that few people pay much attention to the fine details of democratic institutions. But people do want a system in which politicians act with integrity and where power isn’t unduly concentrated with ministers in government.

'Most people, across different political affiliations, think that’s not the case at present.'

‘The Citizens’ Assembly on Democracy in the UK shows the public, when given the time to consider the current state of politics, are profoundly concerned about the failure of elected leaders to live up to the standards we expect. This concern was true for people from all walks of life, regardless of background. If we are to build a democracy fit for the 21st century, our politicians must do better, and be deserving of the trust and respect of the British public.’

The project that the Assembly is part of – Democracy in the UK after Brexit – will publish its first report in late January 2022, setting out the results of a large-scale survey of the UK population on similar topics to those highlighted here. Plenary sessions and presentations from the Citizens’ Assembly on Democracy in the UK can be viewed on the Constitution Unit’s YouTube page.