The Constitution Unit launches a new report 'Reforming the Prerogative', based on a new book by Unit founder Robert Hazell and Tim Foot, now available, 'Executive Power: The Prerogative, Past, Present and Future' 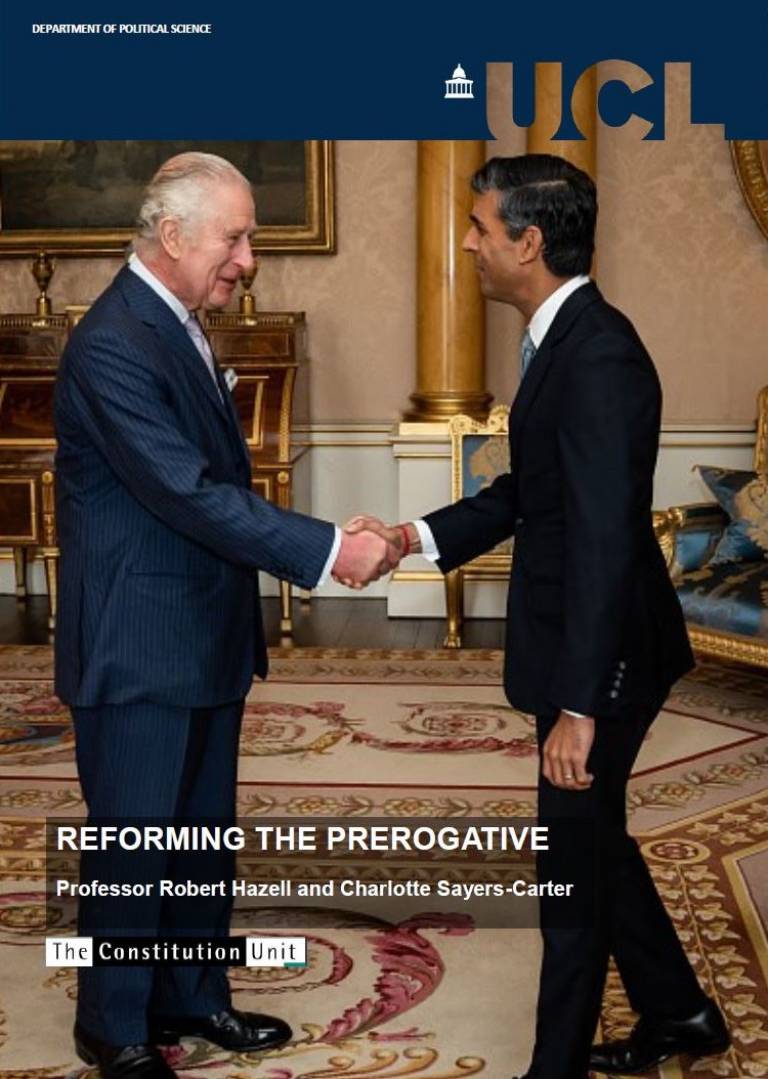 The prerogative derives from the original executive powers of the Crown which, over the years, have been superseded by statute and mostly transferred to ministers. The report provides a comprehensive guide to the operation of five such prerogative powers:

The report illustrates the scope for reform through codification in statute, soft law or through clearer and stronger conventions. The full range of prerogative powers, including the power to conduct diplomacy and foreign relations, the power to grant peerages and honours, as well as pardons, are discussed in detail in the book upon which the report is based.

Until Brexit, the prerogative had seldom been the subject of much political attention. The Brexit process shone a spotlight on obscure powers which suddenly became the talk of parliamentarians and newspaper leader writers. Some of the most heated political debates and controversies of the last few years have involved different aspects of the prerogative. These included fierce debates over whether Article 50 could be triggered without an Act of Parliament, speculation that the Queen might be advised to withhold royal assent from legislation passed against the government’s wishes, Boris Johnson’s attempt to prorogue Parliament and repeated votes find a way round the Fixed-term Parliaments Act to hold a general election.

These events raised fundamental questions about the balance of power between Parliament and the executive; and the role of the courts. The underlying issue with all prerogative powers is how much autonomy the executive should have to wield that power; with what degree of supervision from parliament or the courts; or (more rarely) from the monarch. The prerogative has become gradually more regulated over the past 30-40 years and the overall trend has been to make the prerogative more transparent, more accountable, and to reduce the breadth of executive discretion.

The authors argue that further codification is needed. For example, dissolution and prorogation should not be triggered solely by the executive, but subject to a parliamentary vote. Parliament also needs closer involvement in the negotiation and ratification of treaties. And the rules for the issue and withdrawal of passports should be laid down in statute. Specialist watchdogs, such as the House of Lords Appointments Commission, the Commissioner for Public Appointments, and the Independent Adviser on Ministers’ Interests, would also benefit from being given a statutory foundation.

The report and book will be launched at an online event hosted by the Constitution Unit. You can sign up here.