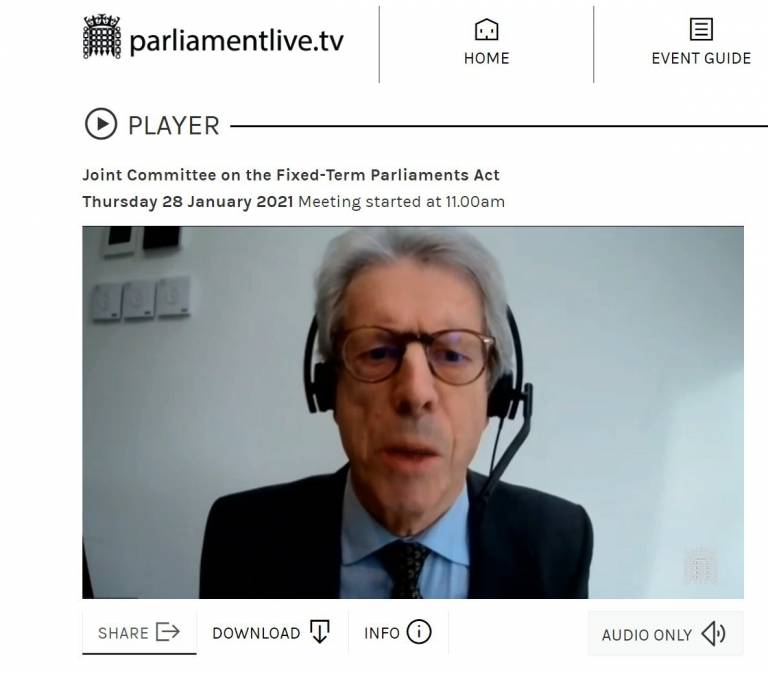 Professor Robert Hazell was invited to give expert evidence on 28 January 2021 to the Joint Committee on the Fixed-term Parliaments Act, alongside Lord Hennessy of Nympsfield. You can watch the full evidence session here, or read the transcript here.  Key points raised by Professor Hazell included the following:

You can watch the full session here or read the transcript