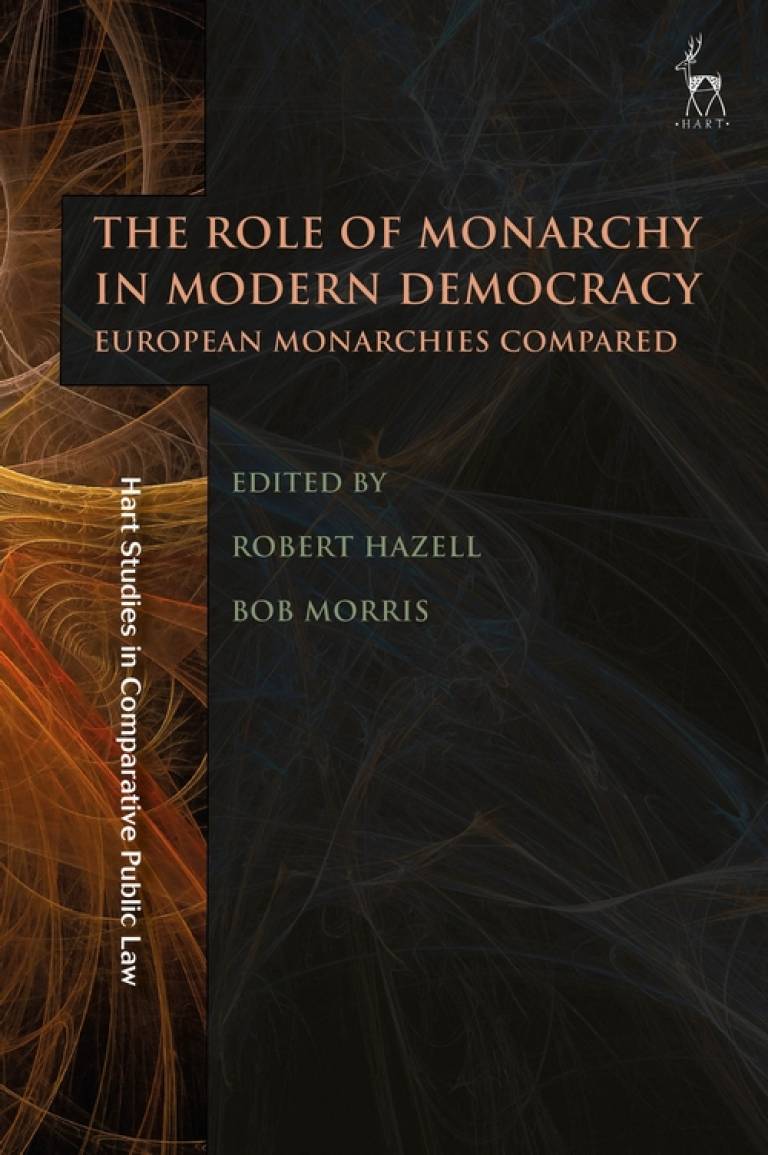 The secrets of successful monarchies are revealed in a new book edited by Constitution Unit founder Professor Robert Hazell and Honorary Staff member Dr Bob Morris which looks at how monarchy has evolved to be part of modern democracy.

Professor Robert Hazell said: “The monarchy is dismissed by many on the Left as a feudal relic, but there is no doubt of its success. Some of the most advanced democracies in the world are also monarchies. Opinion polls in these countries regularly show that between 60 and 80% of people wish to retain the monarchy - these are popularity ratings which politicians would die for.”

Dr Bob Morris added: “The secret of their success has been allowing their political power to shrink virtually to zero. As their political power has shrunk, new justifications have emerged: that the monarchy is a neutral protector and guardian of democracy; a symbol of continuity and stability; and supporter of civil society through the encouragement and attention of royal visits and patronage.”

The key lessons of modern monarchy which emerge from the book are as follows:

Monarchs who are too interventionist will encounter resistance. This is what happened in the Easter crisis in Denmark in 1920, when King Christian X was forced to back down. A more recent example was the refusal by Grand Duke Henri of Luxembourg in 2008 to sign a euthanasia bill into law: the consequence was that he was stripped of his legislative role. Constitutional monarchs must accept that they have no discretion when it comes to matters of state; they have little choice but to approve every action of the government in the hundreds of documents they are required to sign every week.

But the size of the royal family will vary depending on the size of the country concerned.  The UK, with a population more than ten times that of Norway, needs a larger royal family to fulfil all the demands for royal patronage and visits. Prince Charles has been reported as wishing to slim down the royal family, but too small a team could reduce the monarchy’s reach and public profile.

In Spain, one reason for the monarchy’s low popularity is its limited visibility: the royal family consists just of the King and Queen - a royal family smaller than that in Norway is serving a population ten times the size.

The most serious have been in Spain, where in 2011 King Juan Carlos helped the Spanish government to win a 7 billion euro high-speed rail contract in Saudi Arabia. Prosecutors in Switzerland and Spain are now investigating the accusation that he received $100m from the Saudis. Governments like to involve royals in trade deals, but it can cause difficulties, from Prince Bernhard of the Netherlands (the Lockheed scandal), to Prince Andrew’s role as UK trade envoy.

Monarchs who step out of line risk losing their thrones. Grand Duchess Marie-Adélaïde of Luxembourg and King Leopold III of Belgium had to abdicate because of their conduct during the First and Second World Wars. The British King Edward VIII was forced to abdicate when he insisted on marrying a woman who had been twice divorced.

The monarchy may seem the very antithesis of a democratic or accountable institution, but ultimately continuation of the monarchy depends on the continuing support of the people.

The most formal way of testing popular support is to hold a referendum. Nine European countries have held referendums on the monarchy since 1900, with a grand total of 18 referendums. Referendums in Belgium, Denmark, Luxembourg, Norway and Spain all endorsed the future of the monarchy.

Monarchy requires big sacrifices of the royal family: they lead privileged lives, but within a gilded cage. Their freedom of speech is restricted, they are not free to marry whom they want, they lack freedom of religion (in Scandinavia and the UK), free choice of career, and the right to privacy and family life which ordinary citizens take for granted.

It was these restrictions which led Harry and Meghan to opt out of the royal family and their public duties in January. But it is not easy to ‘leave’ the family one is born into. Time alone will tell whether Harry succeeds in opting out of his royal status and gaining more of a private life.

“The public look to the monarchy to represent continuity and tradition, but also want it to be modern, and reflect modern values,” Professor Hazell concluded.

“The whole institution is shot through with contradictions, myths and misunderstandings. We hope that our book leads to a more realistic debate about our expectations of the monarchy, its role and its future.”

The Role of Monarchy in Modern Democracy: European Monarchies Compared is published by Hart Publishing, RRP £58.50, online price currently 20% off, £46.80.

Professor Robert Hazell and Dr Bob Morris are both available for interview.

Summary blog post: The role of monarchy in modern Europe

Blog post: The marriage of Prince Harry and Meghan Markle: how will it impact the monarchy?

Article in The Times (paywall): What’s the secret of modern monarchy’s survival?