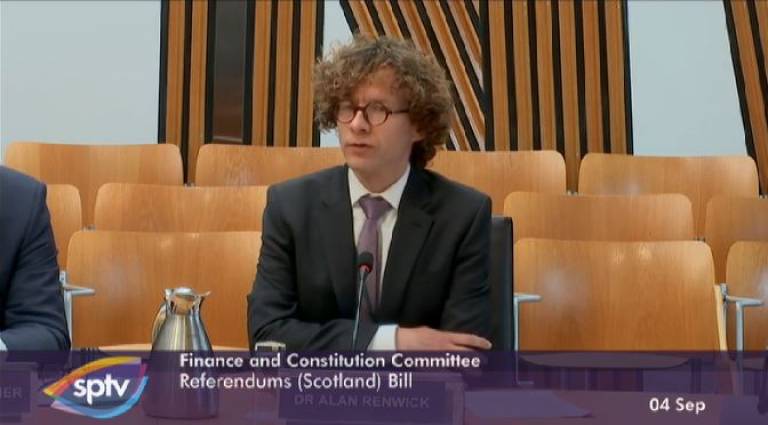 Dr Renwick was appearing before the Parliament’s Finance and Constitution Committee alongside Unit Fellow Professor Justin Fisher, in the first witness session for the committee’s inquiry into the Referendums (Scotland) Bill.