Council of Europe agrees report on improving the conduct of referendums 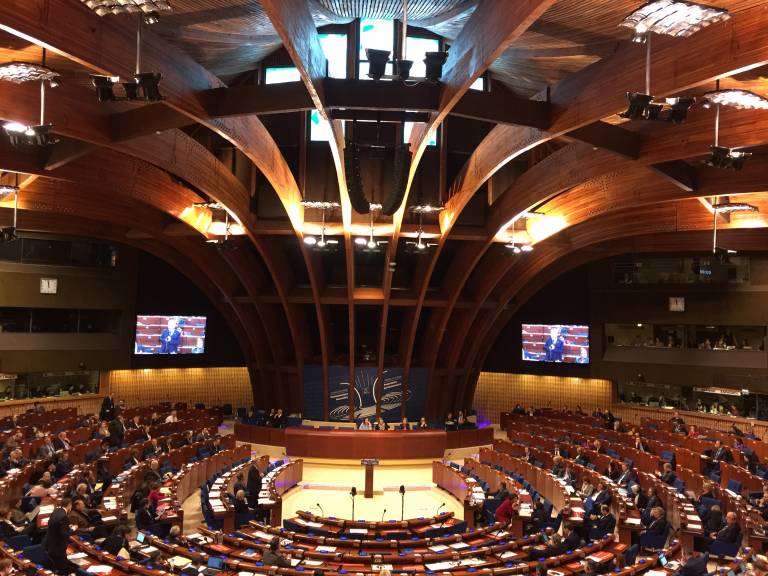 Constitution Unit research has contributed to a Council of Europe decision this morning to update guidelines on the conduct of referendums.

By an overwhelming vote of 113 to 7, the Parliamentary Assembly of the Council of Europe agreed a resolution that endorses a detailed report setting out how existing guidelines could be strengthened to reflect a changing political world. This report was prepared by British Conservative MP Dame Cheryl Gillan, working with the Unit’s Deputy Director, Dr Alan Renwick, as advisor. It draws extensively on Constitution Unit research, including research conducted for last year’s Independent Commission on Referendums and for our forthcoming report on how to improve information and discourse during election and referendum campaigns.

Recommendations that received attention and support in the debate in Strasbourg this morning include the following:

The report highlights the need for referendum rules to respond to the rise of digital and especially social media, and it calls for further work to be done in this area.

Speakers also emphasised the importance of developing more deliberative approaches to democracy. In the resolution, the Assembly stated that it

The proposals now go to the Venice Commission – the Council of Europe’s legal arm – which produced the original guidelines in 2007 and which has begun a comprehensive review.

‘This morning’s debate shows a desire to strengthen referendum practice across the 47 member states of the Council of Europe. It is particularly welcome to see such widespread enthusiasm for the kinds of reform that Constitution Unit research has recently helped to elucidate, such as mechanisms for promoting high-quality, balanced information and the use of citizens’ assemblies to deepen opportunities for public engagement. This resolution provides a strong foundation for updating the Venice Commission’s Code of Good Practice on Referendums.’