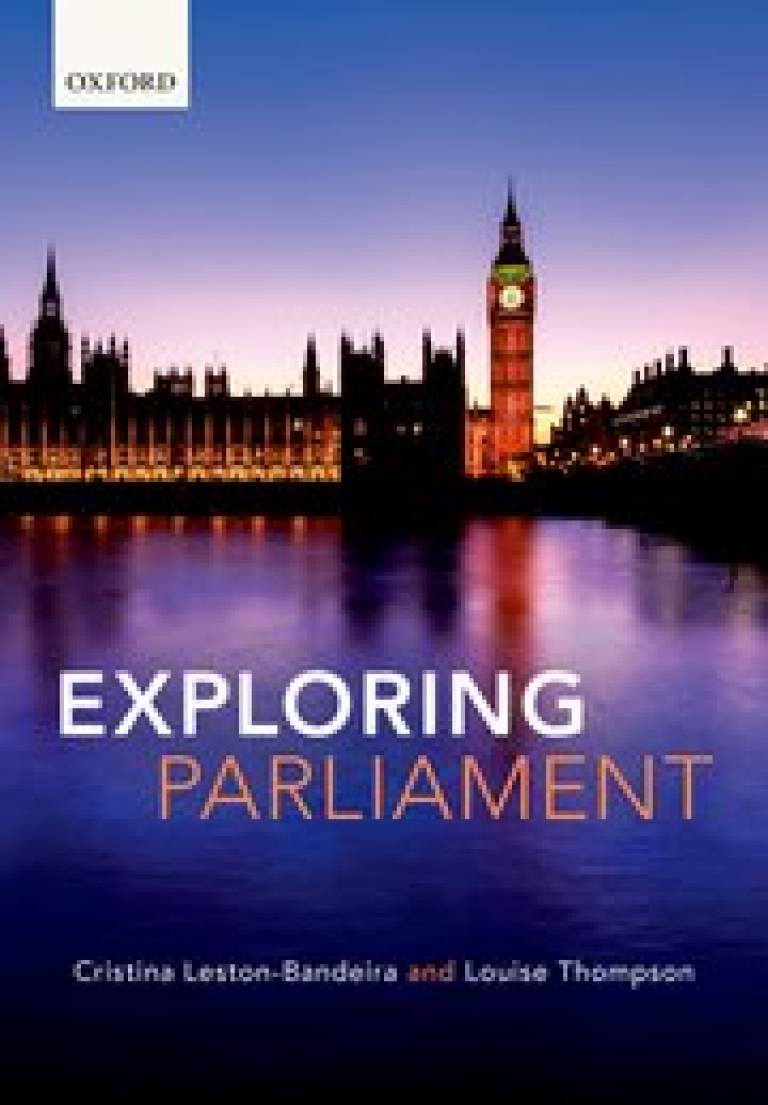 The newly published book Exploring Parliament edited by Cristina Leston-Bandeira and Louise Thomson (Oxford University Press, 2018) is explicitly intended as a textbook for Parliamentary Studies modules, which introduce undergraduate students to the functioning of the UK parliament. The book brings together contributions from academics and practitioners and covers a wide range of themes related to the organisation and functioning of the UK parliament, and includes several contributions from Constitution Unit staff and Fellows, as well as from Honorary Staff and close collaborators.

In their chapter titled 'Parliamentary Scrutiny and Influence on Government Bills', Unit Director Meg Russell and former Unit researcher Daniel Gover analyse the dynamics of the legislative process and dispute common portrayals of the Westminster parliament as an executive-dominated institution. This draws on their detailed research, published in fuller form in the 2017 book Legislation at Westminster.

Former Unit Director Robert Hazell contributes a chapter on 'Private Members' Bills', i.e. the procedures through which individual MPs can introduce bills, and their uses. This is co-written with Fergus Reid, Clerk of the House of Commons International Development Committee.

The book's section on scrutiny and accountability includes a chapter titled 'Questioning the Government', co-written by Ruxandra Serban, PhD Student and Unit researcher, with Stephen Bates and Peter Kerr (University of Birmingham). This examines the different types of parliamentary questions in the Westminster parliament and discusses their different roles.

In addition, the book's co-editor, Cristina Leston-Bandeira, is a Constitution Unit Fellow, and contributes (with Louise Thomson) the introductory and closing chapters, and (with Aileen Walker) the chapter on 'Public Engagement'. Unit honorary staff member, Paul Evans, also contributes to the first of these, and is co-author (with Emma Crewe) of the chapter on 'The Significance of Rituals in Parliament'. Another honorary staff member of the Unit, Oonagh Gay, contributes the chapter 'Campaigning for Your Constituency'.

In all, the book's 32 short chapters aim to introduce students to the study of the UK parliament by explaining its internal structure and procedures and examining and challenging common assumptions related to its functions and roles. Its other numerous topics include the role of design and space, parliamentary administration, political organisation and the role of parties, the work of select committees, the various roles of MPs, the work of the Lords, links to the EU and devolution, and other aspects of public engagement such as media scrutiny, petitions and freedom of information.