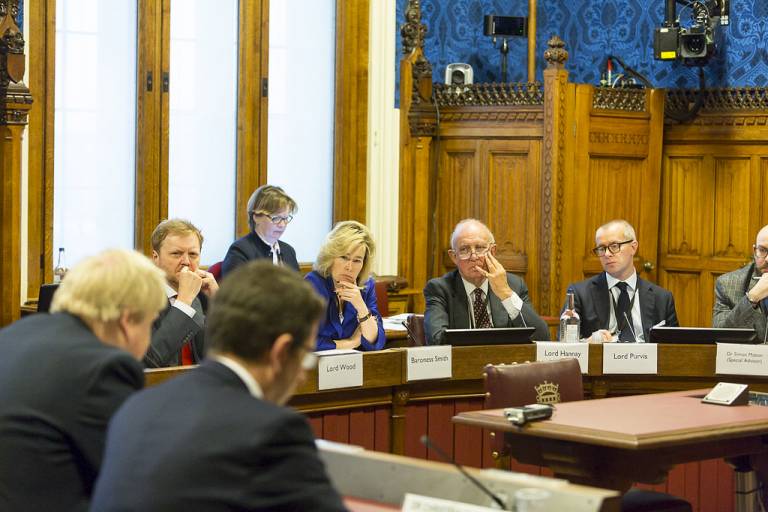 On 25 April Constitution Unit Director Professor Meg Russell gave oral evidence, alongside two representatives from the Institute for Government, to the House of Lords Liaison Committee, which coordinates and reviews the work of the chamber's committees. Earlier this year it launched an inquiry aiming to examine the strengths and weaknesses of the Lords committee system, and to make proposals for reform - representing the first such major review in 25 years. This was a historic evidence session, being the first public evidence session ever held by the committee.

An audio recording of the session (link below) is available on the parliament website, and some key points from Meg Russell's evidence are summarised here.

On the current committee system in the House of Lords, she suggested that:

In terms of possible future changes, Professor Russell argued that:

You can find out more about Meg Russell's related research and publications on the House of Lords project page.