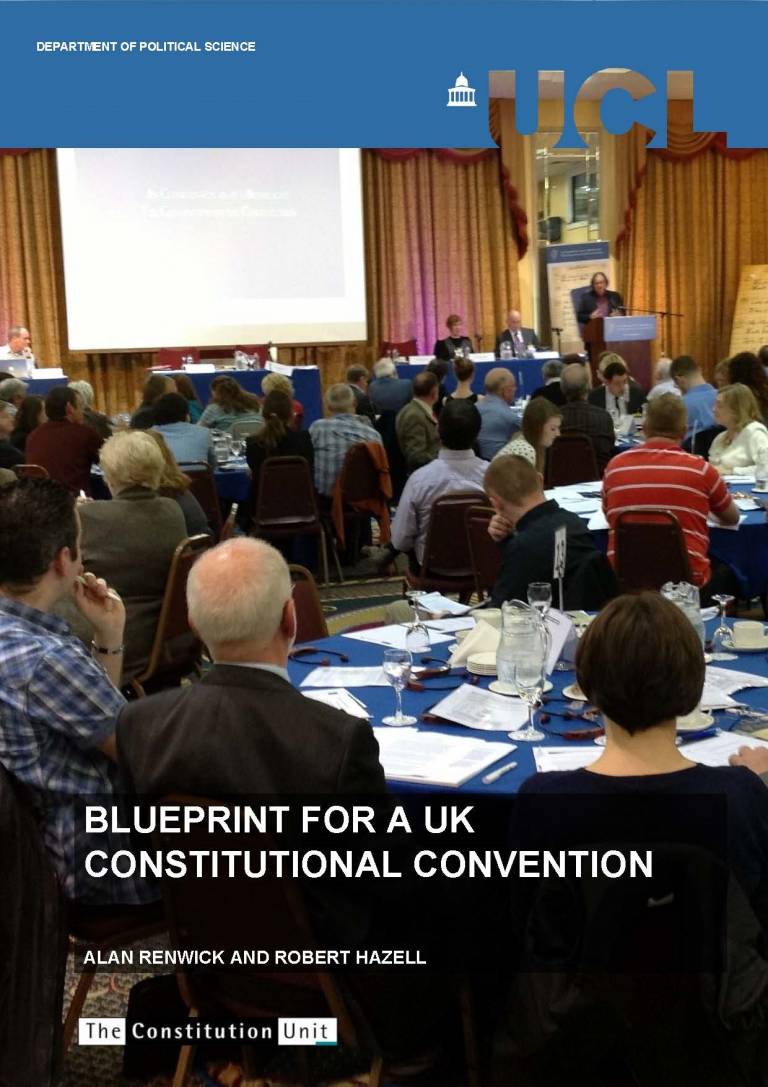 The Constitution Unit has today published a report that sets out design options for a citizens' constitutional convention in the UK.

Such a convention is proposed by Labour and the Liberal Democrats in their election manifestos and has a wide range of advocates across the political spectrum.  Yet there has been limited detailed thinking about the form that such a body should take. The report - which is written by Constitution Unit Deputy Director Dr Alan Renwick and the Unit's founder and former Director Professor Robert Hazell - fills that gap. It examines the issues, explores the lessons to be learned from similar exercises elsewhere, and identifies the pitfalls to be avoided. It sets out a blueprint for a citizens' constitutional convention in the UK.

'Other countries - including Ireland, the Netherlands, and Germany - have recently engaged their citizens directly in constitutional reform processes that foster high quality, informed deliberation.  The UK faces deep constitutional challenges in the coming years, and a similar approach could work very well here too.  So-called 'citizens' assemblies' - if they are well designed and funded - allow members of the public to learn about the options, discuss the issues among themselves, and come to reasoned conclusions about what will work best.'