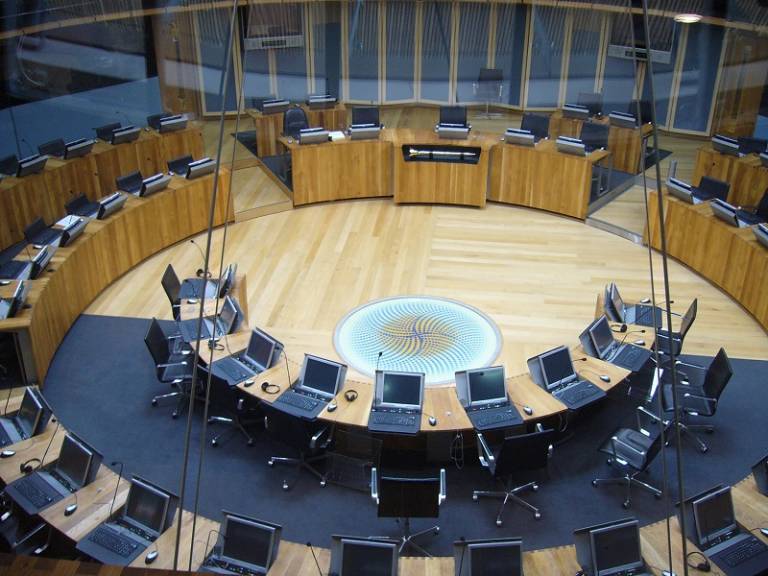 An Expert Panel on Assembly Electoral Reform today recommends that the Welsh Assembly should be expanded in order to hold the Welsh Government to account effectively and deliver for the people and communities of Wales.

The Panel was created in February by the Assembly's Presiding Officer. It is chaired by Professor Laura McAllister of Cardiff University. Its members are leading experts on legislatures, electoral systems and representation, and include the Constitution Unit's Deputy Director, Dr Alan Renwick.

Its core recommendations include the following:

Full details are available in the Panel's report .

"The evidence in favour of increasing the size of the Welsh Assembly is overwhelming.  Assembly Members perform vital roles in representing the people of Wales and holding the Welsh Government to account. Recommending more politicians will never be popular. But in this case it is clearly right, and would help to deliver better government.

"Expanding the Assembly is also an opportunity to revisit the arrangements for electing its members to ensure that they maximally promote effective government and deep democratic participation. Our proposals for a revised voting system, gender quotas and a reduction in the voting age to 16 would place Wales in the democratic vanguard."

Alan Renwick has written in detail on the Panel's proposals on the Constitution Unit blog.