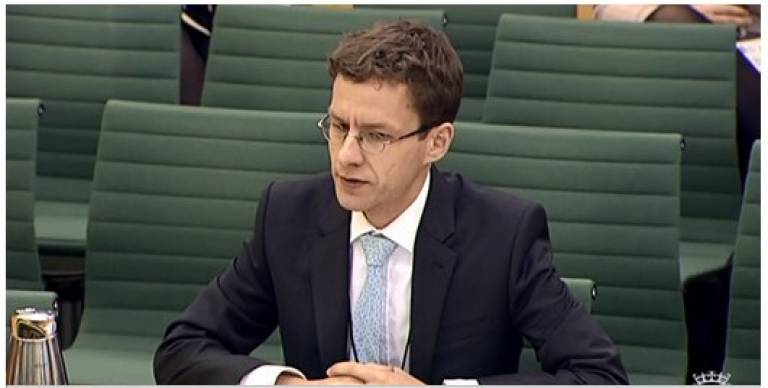 Dr Alan Renwick gave evidence in parliament today on the proper role and conduct of referendums.  He appeared before the Commons Public Administration and Constitutional Affairs Select Committee in its first oral evidence session for its inquiry into Lessons Learned from the EU Referendum.

Building on the written evidence that he submitted to the inquiry, Dr Renwick argued that the key lesson to be learned is the need to improve mechanisms for ensuring that balanced and accurate information is available to voters during any future referendum campaigns.  He highlighted international examples such as the role of the Referendum Commissions in Ireland in calling out misleading statements by campaigners, the provision of extensive impartial information materials during referendum campaigns in New Zealand, and the introduction of citizens' panels in Oregon to allow ordinary citizens to deliberate about referendum issues in depth.

He also answered questions on a range of other issues, including the roles of the Electoral Commission in referendum administration, the appropriate length of the referendum 'purdah' period, the rules around broadcasting in referendums, and the relationship between representative and direct democracy.

Video of the session can be viewed here.