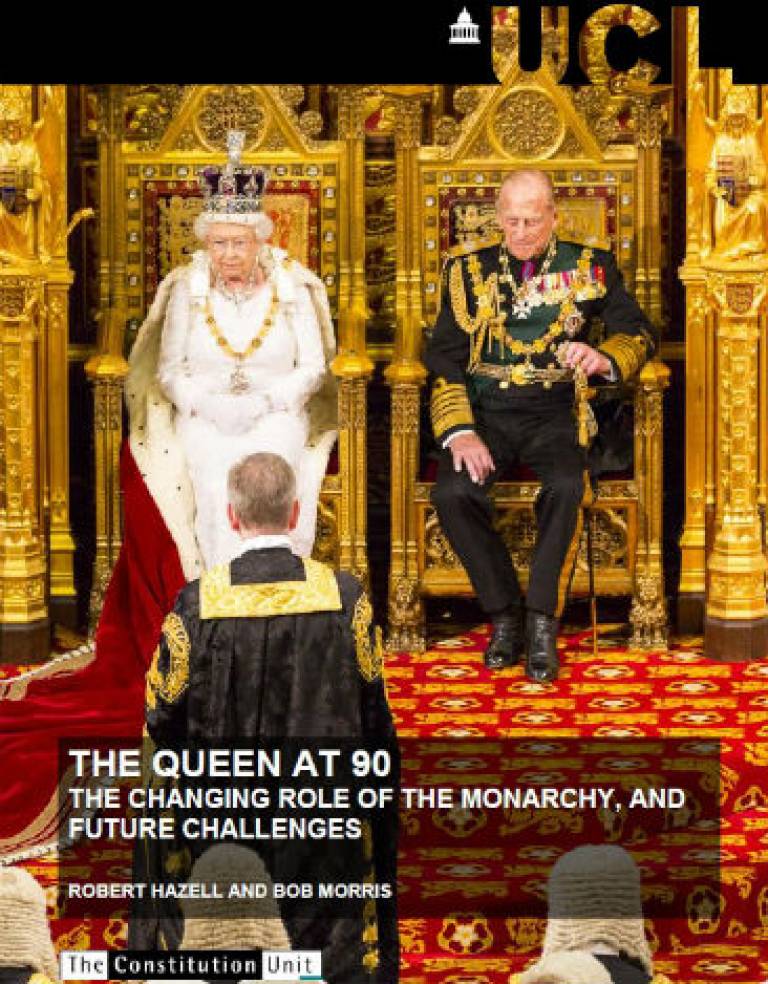 The Queen at 90: What is the modern monarchy for? 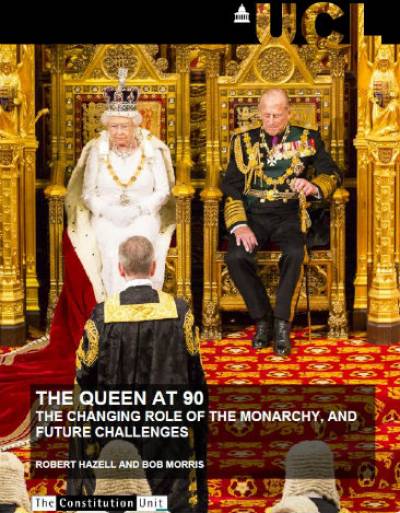 To mark the official celebrations of the Queen's 90th birthday, the Constitution Unit has issued a major report which analyses the changing role and functions of the monarchy, and challenges to its future. The report finds that the Queen is left with no discretion in the exercise of her constitutional powers. But the loss of the monarchy's reserve powers has not necessarily diminished its standing; its acceptance by the political class may depend upon its powerlessness and complete neutrality.  For the general public its popularity will depend upon its wider roles, in symbolising stability, continuity and national unity, and its encouragement of public and voluntary service; plus its contribution to celebrity culture.

'The Queen symbolises continuity, steadfastness and tradition in times of change', said report author Professor Robert Hazell. 'But the monarchy has changed greatly during her lifetime. Her most important constitutional powers, to choose a Prime Minister and to dissolve parliament, have been significantly curtailed. But the continuing popularity of the monarchy depends not upon its power, but its symbolic and ceremonial functions'.

'The wider functions of the monarchy have also changed', said report co-author Dr Bob Morris. 'The demands on what we call the welfare monarchy are enormous. The royal family are patrons of some 3000 charities; last year the Queen carried out 340 official engagements. Abroad, on the other hand, it will be reasonable to expect a decline in the number of Commonwealth countries - fifteen - where the Queen is also head of state.'

The report points out that while the monarch's discretion over political decision-making is effectively gone, there are some areas where confusion could arise. This applies in particular to the appointment of peers by the Prime Minister, which remains in important respects unregulated. Without more transparent regulation, excessive peerage appointments could potentially draw the monarch into controversy.

The report also discusses the future of the monarchy, in the UK and the Commonwealth: