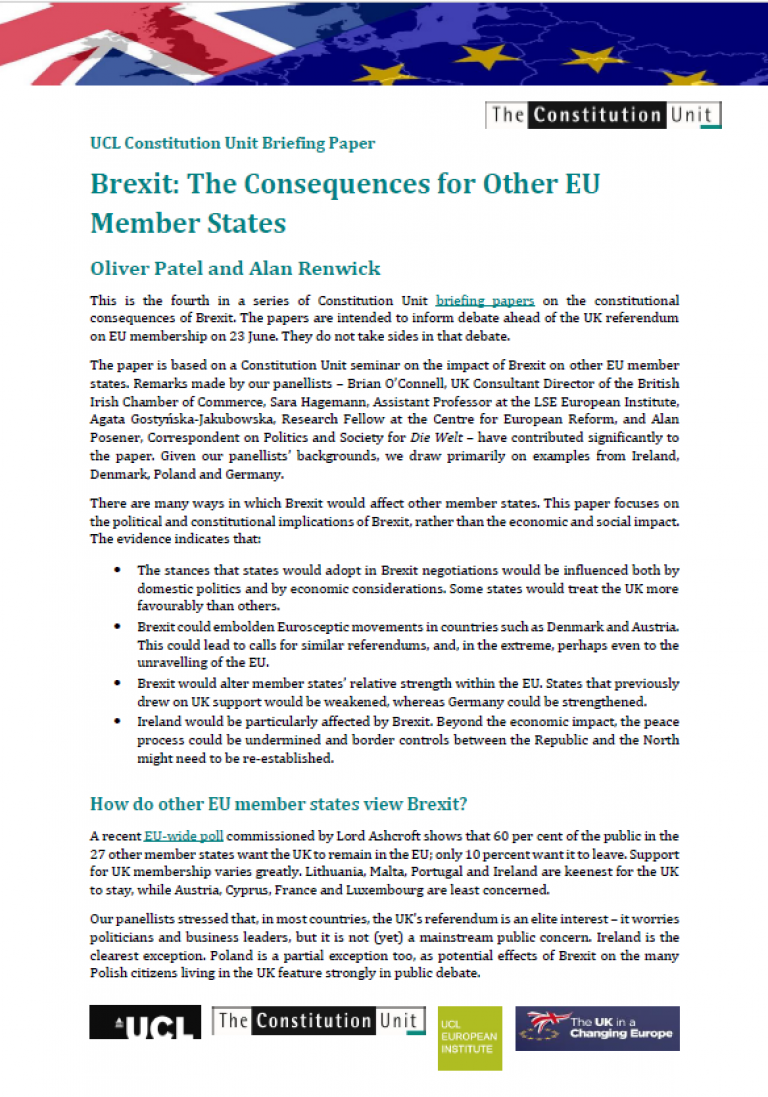 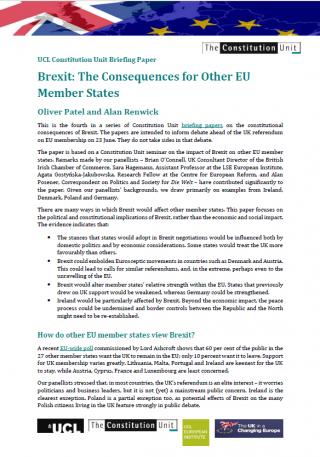 On 2 June, the Constitution Unit hosted its fourth Brexit seminar. Our panellists - Brian O'Connell, UK Consultant Director of the British Irish Chamber of Commerce, Sara Hagemann, Assistant Professor at the LSE European Institute, Agata Gostyńska-Jakubowska, Research Fellow at the Centre for European Reform, and Alan Posener, Correspondent on Politics and Society for Die Welt - discussed the impact that Brexit would have on the other EU member states.

This briefing paper, written by Oliver Patel and Alan Renwick, explores this topic in further depth. Drawing on the seminar, it outlines the ways in which different member states would approach the Brexit negotiations and explores the impact that Brexit would have on the domestic politics of various member states. It also argues that states which currently benefit from UK support within the EU could be weakened, with Germany and the Eurozone becoming more dominant. Finally, there is a case study on Ireland, which would be the state most affected by Brexit.

The paper is part of a wider project on the UK and the EU. The project consists of a series of seminars, with each seminar followed by a briefing paper and video on the same topic. There are two more seminars and briefing papers, as well as a major debate, prior to the referendum, details of which can be found here.