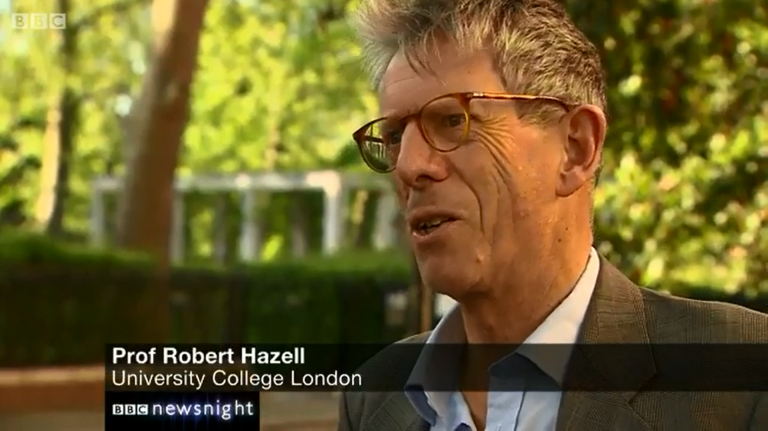 Commenting on the publication of letters to government ministers from the Prince of Wales, the Director of UCL's Constitution Unit Professor Robert Hazell said:

"When Prince Charles becomes Monarch, he will have to be scrupulously neutral, like the Queen.  He will no longer be able to express his own views, because the Monarch must be wholly above politics and political controversy.  His speeches will be scripted by, or approved by the government.  His only opportunity to express his views will be in his weekly audience with the Prime Minister.  If Prince Charles departs from that, I have no doubt the PM will remind him of his constitutional obligations"