Press Release: Devolution and Future of the Union: The Challenge for the new Parliament

A new report by the Constitution Unit 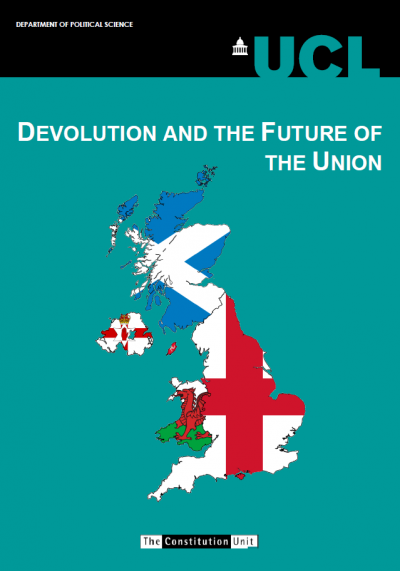 On the eve of the election the Constitution Unit publishes today a new report on Devolution and the Future of the Union. Its analysis will survive well into the new Parliament, whoever forms the next government. The report explores future challenges to the Union, with all parties committed to further devolution, a resurgent SNP, and the Conservative promise of English votes for English laws. These issues will all feature in the post-election negotiations between the parties, with growing tensions between England and Scotland, and a risk that hasty deals could end up undermining the Union.

"Devolution and the future of the Union will be dominant issues in the next Parliament" said the report's lead author Prof Robert Hazell, director of the Constitution Unit. "All the main parties are strongly committed to further devolution, in England as well as in Scotland, Wales and Northern Ireland. But no party has thought through the consequences, or the spill over effects from one part of the UK to another. Nor has anyone systematically asked, how much further devolution there can be without starting to undermine the Union. That is what our report set out to do".

The report's findings and conclusions include:

"These are the issues which all parties need to grasp in the new Parliament if the future of the Union is to be dealt with in a sensitive and orderly way", concludes Professor Hazell.