VIDEO: A Roundtable on 2015: The Campaign & General Election in Review 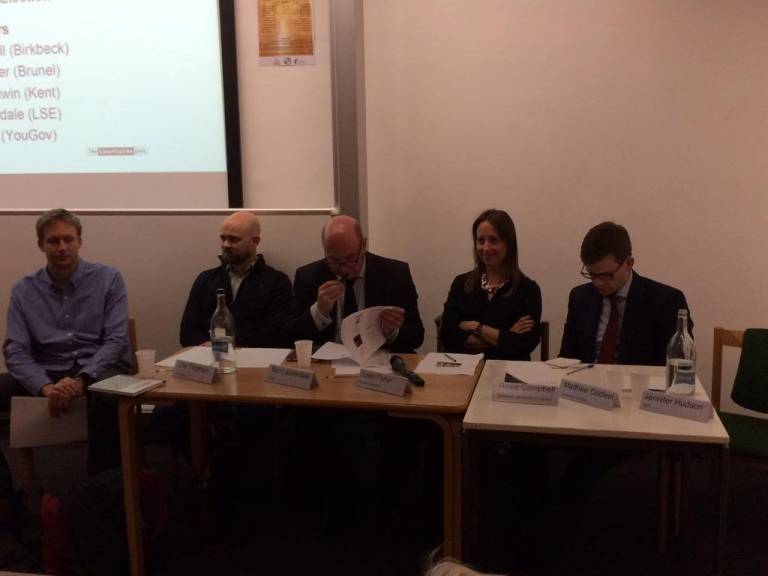 The outcome of the 2015 general election took many, if not most, by surprise. Instead of a hung Parliament and weeks of negotiations over government formation, the UK returned to more familiar territory, single party government under David Cameron and the Conservatives. How did we get here? On 3 the Britain's leading analysts reviewed the campaign and election. They talked about the rise of the SNP, the future of the LibDems, Labour's prospects for 2020, what's next for UKIP, the EU referendum, turnout, the make-up of the new Parliament, and of course, analysis of pre-election polls and forecasts.