Press Release: The Politics of Judicial Independence in the United Kingdom's Changing Constitution 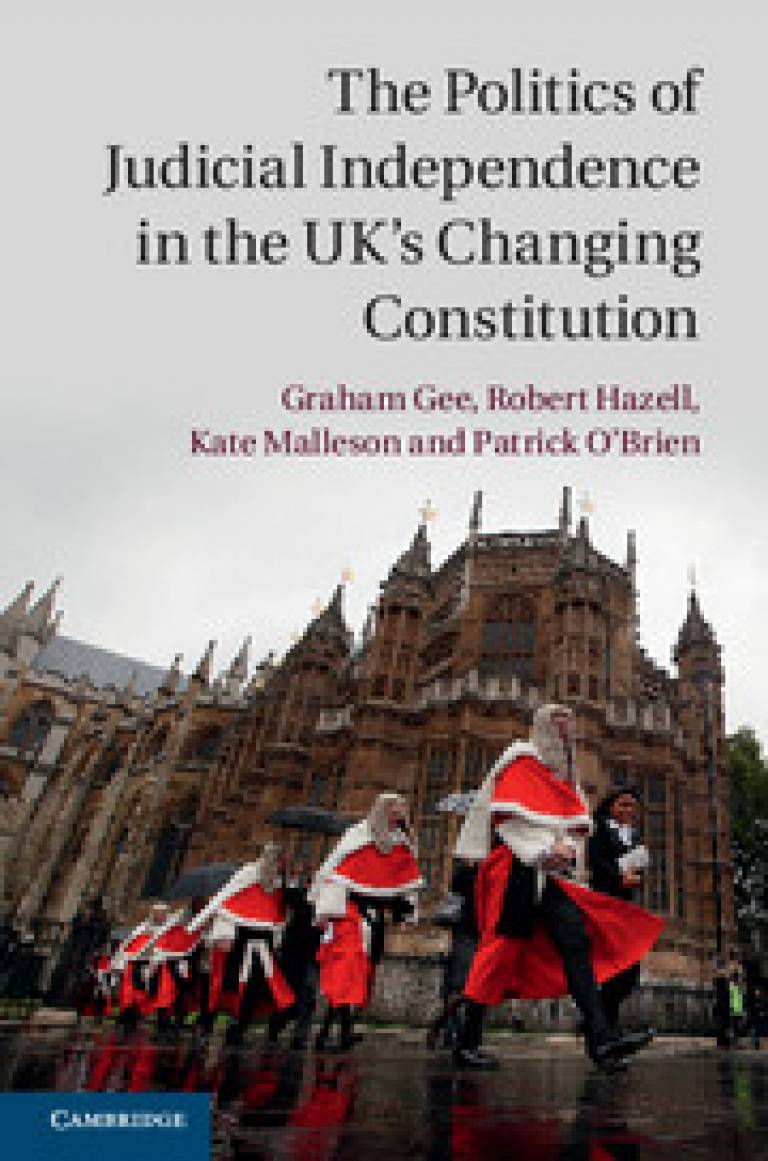 The Constitution Unit at UCL are pleased to announce the publication of The Politics of Judicial Independence published by Cambridge University Press. This was the product of a big collaborative research project with Graham Gee (Birmingham), Robert Hazell (UCL), Patrick O'Brien (LSE) and Kate Malleson (Queen Mary).

The book is based on three years of research which included over 150 interviews and 10 seminars with leading judges past and present, politicians, officials and lawyers. It traces the impact of the profound changes on the independent operation of the UK judiciary which stemmed from the Constitutional Reform Act of 2005.

These reforms did not begin smoothly. They began with the abrupt dismissal of the Lord Chancellor Lord Irvine in 2003 and finally emerged after detailed and often tense negotiations between the judges and Tony Blair's government, ending up in compromises between the two sides that are still being worked through more than a decade later. They terminated the three-fold operation of the office of Lord Chancellor as head of the judiciary, Speaker of the House of Lords and a cabinet minister. They created a Supreme Court, a more independent system for appointing judges, and a judiciary more separate and more powerful than before, with greater responsibility for managing their own affairs. The judiciaries of Scotland and Northern Ireland are considered in a separate chapter.

Among the key insights of the book:

The book will be launched at our project's final conference on 22 June at the Institute for Government in London, attended by invited judges, politicians, officials and commentators. The keynote address will be given by the Lord Chief Justice of England and Wales Lord Thomas of Cwmgiedd.

The book will be accompanied by The Judicial Interviews, a unique set of seven conversations conducted for the archive by Joshua Rozenberg. Giving their individual reflections on the passage and progress of the radical reforms are the previous Lord Chancellors Lord Mackay, Lord Falconer, Jack Straw and Kenneth Clarke MP; and past Lord Chief Justices Lord Woolf, Lord Phillips (who was also the first President of the UK Supreme Court) and Lord Judge. The interviews will appear shortly on LSE Law's Legal Biography website and the YouTube channels of the LSE and UCL.