Meg Russell comments on next steps for House of Lords reform 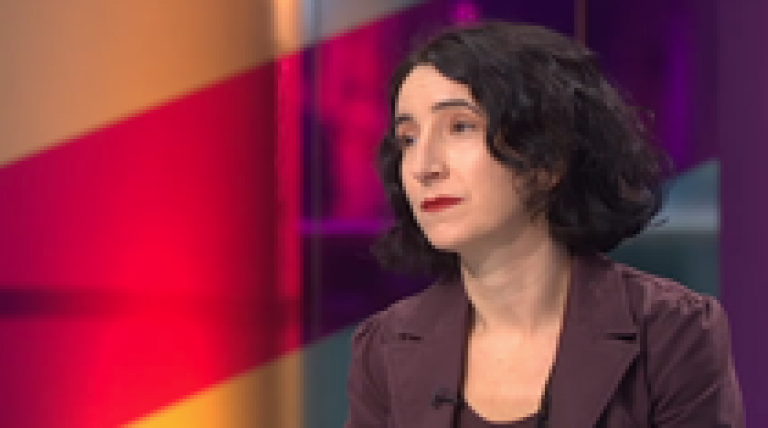 Transcript of the interview on BBC Radio Scotland, 28th July

Presenter: Given that somebody allegedly carried out certain activities, do you think it was right that he had to go, that it does reflect badly on the House of Lords?

Meg Russell: I think it is a good thing if we are now going to be able to draw a line under this saga because the House of Lords has reached the headlines for all of the wrong reasons. Clearly this kind of thing does no good to the reputation of Parliament and to the reputation of the House of Lords in particular. Most of the time the House of Lords doesn't make the news but most of the time it is doing very sound, important work on policy, on improving the law, on holding the government to account. And of course most members are very diligent and don't get involved in these kind of headlines. So I imagine there is a sense of relief amongst its members this morning.

Presenter: Except do you not think the House of Lords will remain in the spotlight for some time, and it will raise once again the question of whether it should be reformed.

MR: It has brought House of Lords reform back into the headlines and that's no bad thing because for all of the important work that it does the House of Lords is not a perfect institution and there is plenty more that could be done to improve it. So to spark a debate on that I think is a healthy thing.

Presenter: Attempts were made by the Liberal Democrats, weren't they, back in 2012 I think it was to introduce a House of Lords Reform Bill. That was abandoned after losing support from the Conservatives. You wonder what chance that's got now?

MR: I would say a scandal involving one individual member is the type of thing that could happen to any institution - we could be talking about a private company or something and we wouldn't necessarily be talking about reforming the company. But there are good reasons to be talking about Lords reform and, as you say, there have been various attempts. It is extremely difficult. The Labour government tried to reach agreement on introducing elections to the Lords as well - they couldn't achieve agreement in Parliament.

Presenter: Tony Blair did bring about some change, did he not? Did he not get rid of some hereditary peers?

MR: Yes, absolutely. In 1999 there was a very important reform which removed the great majority of hereditary peers in the House of Lords, and really that pretty much transformed the institution from one which was a sleepy backwater dominated by Conservative peers to one which has become much more active in the last 15-16 years at holding the government to account. Because the government has no majority there it is quite unpredictable what the outcome of votes will be so it really helps to keep ministers on their toes. There are a lot of independent members who take no party whip in there, a lot of people who are experts, and their input is really valuable. I think the 1999 reform teaches us something actually - something important - which is that a reform which at the time is seen as small and temporary and a sort of stop-gap can have very important consequences. So I think that in this debate now we should be thinking about what is the next small, urgent reform which could help to move us a bit further down that road to an effective Parliament. To me that is limiting prime ministerial appointments because the Prime Minister has unlimited power to put as many people in there as he wants. We're expecting a new round of appointments shortly and I think that needs to stop really.

Presenter: What type of political appetite is there for that?

MR: Well, there's an awful lot of interest in the House of Lords itself - they are very aware that they get these negative headlines. These headlines have been negative for the last few days but recently most negative headlines have been about the level of prime ministerial appointments and the fact that the place is getting bigger and bigger. It has grown from about 700 to over 800 in the last five years. Members of the Lords are very keen to see small-scale reform. Some people think let's not do the small stuff because we want the big stuff, but history teaches us that the big stuff doesn't actually come around very often so we should seize the small stuff I think.

Presenter: Do you think this could put the brakes on David Cameron's plans to enlarge it even further?

MR: It would be interesting to know what is going on in Downing Street and what people are thinking about the viability of announcing a new set of appointments. I was very interested to see that last week the Canadian Prime Minister announced a moratorium on appointments to the Canadian Senate which is a bit like the House of Lords - it is an appointed chamber - so the Prime Minister announced no more appointments until they reach agreement on reform. Given the way numbers in the House of Lords are constantly rising I think we might think about something like that here - that could be quite sensible.