Launch of a New Pamphlet: Risk Management Government Lawyers and the Provision of Legal Advice within Whitehall 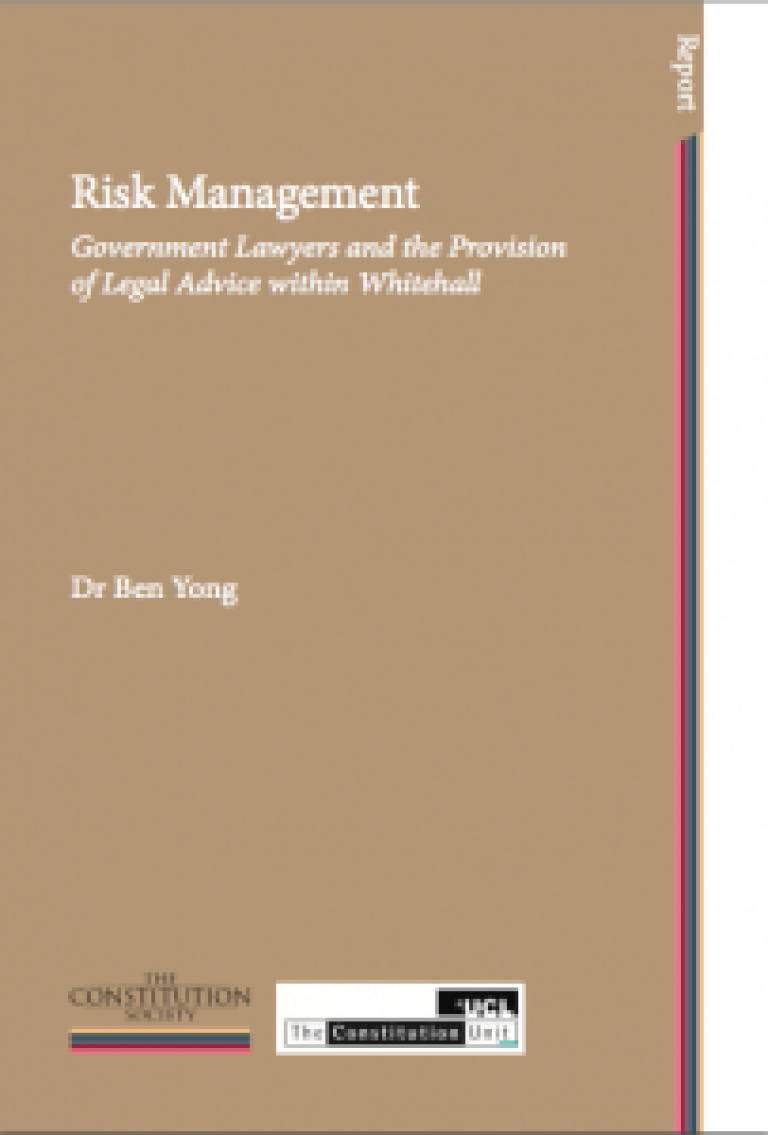 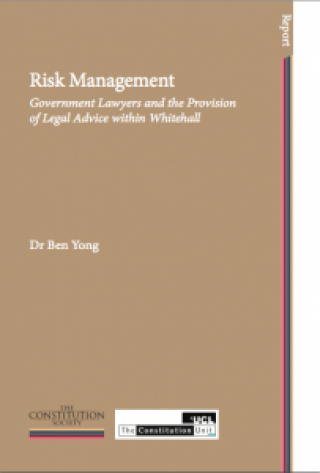 The Constitution Society, in partnership with the Constitution Unit, launched the new pamphlet Risk Management: Government Lawyers and the Provision of Legal Advice within Whitehall

Written by the Constitution Unit's Dr Ben Yong, the report looks into the important role that legal advice plays in the British political system. To see an interview with Dr Yong marking the launch of the report this week click here.

Government lawyers are a powerful and influential group within Whitehall, and as such they deserve greater understanding. Law and legality are now ever-present considerations in the policy and decision making process. Government cannot escape from the reach of the law - if it ever could. The result is that lawyers have become more integrated into the policy and decision making process in Whitehall because of the increasing penetration of law into government. But because law is inescapable, and its effect uncertain, lawyers talk of legal risk rather than legality and illegality. Government lawyers see themselves not as 'guardians' but as managers of legal risk.

For further information on this or any of our papers please contact james@constitutionsoc.org.uk