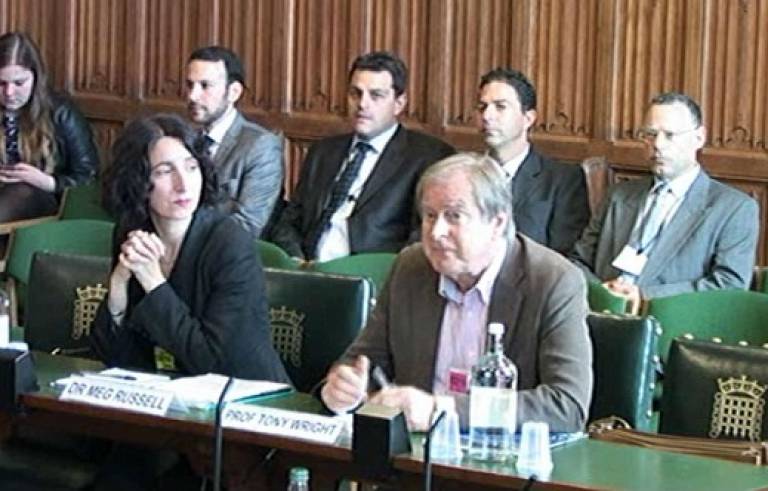 Within days of publication of our report Fitting the Bill: Bringing Commons Legislation Committees into Line with Best Practice, the House of Commons Procedure Committee announced a new inquiry into the constitution and membership of public bill committees. See here.

The first witnesses were the Unit's Meg Russell (lead author of the report), along with Professor Tony Wright (also of the School of Public Policy, UCL, and a former MP and chair of the Reform of the House of Commons committee 2009-10). The session made extensive reference to the report and its recommendations, discussing issues such as how members of public bill committees are chosen (and suggestions that the Committee of Selection might be reformed, and/or its proposals be put to the chamber for approval), and the merits of larger-scale reform such as moving towards permanent, specialist legislation committees of the kind that exist in many other parliaments.

The session can be watched here