Listen to audio recordings of the Constitution Unit's virtual, and in-person events, and topical podcast episodes which feature our researchers. 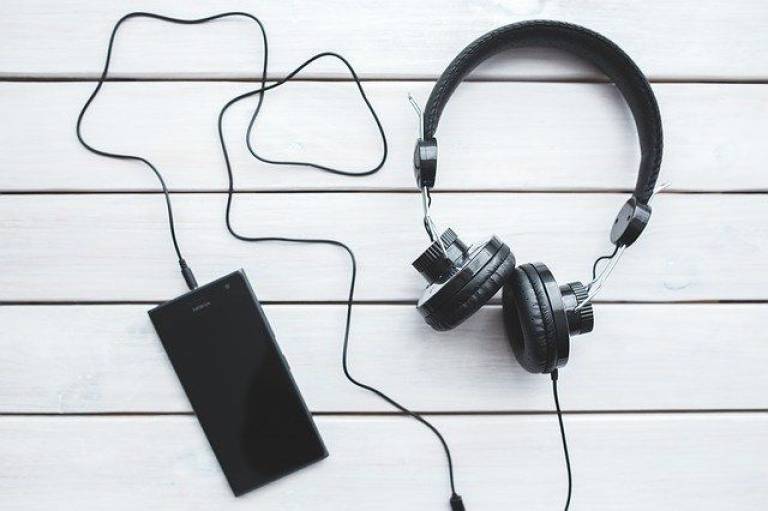 Leading experts discuss some of the controversial proposals put forward by the government in the Elections Bill and draft Online Safety Bill.

E25 | The Gun, the Ship & the Pen: Warfare, Constitutions and the Making of the Modern World

In discussion with Prof Linda Colley FBA about her latest book on warfare, constitutions and the making of the modern world.

E24 | Devolution and the future of the Union

The second panel of day two of our conference on Johnson's constitutional reform agenda explored devolution and the future of the Union with four experts based in England, Scotland, Wales and Northern Ireland.

The second panel of our conference on Johnson's constitutional reform agenda looked at the government's recent review of administrative law and programme for reform of human rights and the judiciary.

The first panel of day two of our conference on Johnson's constitutional reform agenda discussed the need to update political campaigning regulations for a digital era.

E21 | Re-balancing between parliament, executive and the courts

The closing panel of our conference on Johnson's constitutional reform agenda examined the re-balancing of power between parliament, the executive and the courts.

The third panel of day one of our conference on Johnson's constitutional reform agenda examined the government's review of the Fixed-term Parliaments Act and it's repeal bill: the Dissolution and Calling of Parliament Bill.

Lord Chancellor Robert Buckland delivered the keynote speech to open our conference on Johnson's constitutional reform agenda in which he provided an overview of the government's plans.

It would be 'highly unwise' for any referendum on Northern Ireland's constitutional future to be called without having a clear plan for what would follow. That is the central conclusion of the Final Report by the Working Group. So, how would any such referendum best be designed and conducted?

This episode of 'UCL Uncovering Politics' looks at referendums on the constitutional future of Northern Ireland. Could they happen? If so, how would they best be designed and conducted?

E16 |  Does the UK Still Have a Political Constitution?

This episode of 'UCL Uncovering Politics' looks at the UK’s constitution. What form does it take? And is that changing?

Westminster and Holyrood have both been engulfed by scandals over ministerial behaviour in the past year. This webinar discussed standards of conduct in Westminster and beyond.

Peter Riddell steps down as the Commissioner for Public Appointments in September. In this valedictory talk, he will reflect on the system of public appointments, and discuss what changes are needed to provide public confidence in the system.

This episode of 'UCL Uncovering Politics' focuses on contemporary ideas of democracy. What kinds of democratic system do people want? And what understandings of democracy underpin them?

If the SNP win a majority in the Scottish Parliament elections in May, Nicola Sturgeon will declare they have a mandate for a second independence referendum. Boris Johnson has said he will refuse to allow one. But can he can really resist?

E11| The Prerogative Powers of Governments

This episode of 'UCL Uncovering Politics' explores the powers of political executives. What can ministers and presidents do without the consent of the legislature? And what place should such powers have in a democracy?

E10| Attitudes to Democracy in the UK Today

How do people in the UK view democracy? How do they think UK democracy ought to operate? To launch the Unit's new ESRC-funded research project, 'Democracy in the UK after Brexit', we hosted a webinar with three leading experts in the field to unpack these questions.

In partnership with The UK in a Changing Europe, two seasoned Conservative parliamentarians and the director of the Constitution Unit look back at Boris Johnson’s relationship with parliament, reflect on the highs and lows, expectations and reality, and lessons for the future.

E8| Taking Back Control: Why the House of Commons Should Govern its Own Time

'Taking Back Control: Why the House of Commons Should Govern its own Time' is a Constitution Unit report which explores why MPs lack control of their own institution, what problems this causes, & what should be done; this webinar discusses its findings and implications.

E7| Devolution and the Union

As the final part of the Constitution Unit’s 25th anniversary celebrations, we looked at devolution and the Union. Devolution had a deceptively easy start under the Labour government but it has become increasingly under pressure with the ruptures of Brexit and the election of governments of different persuasions. Four academic experts, one from each part of the UK, discuss the devolution journey so far, and its future.

The Interim Report of the Working Group on Unification Referendums on the Island of Ireland explores how any potential future referendum or referendums on the constitutional status of Northern Ireland would best be designed and conducted. This webinar discussed the report’s purposes, analysis, and conclusions.

E5| Populism and the Rise of Autocracy

There are concerns about the rise of populism and erosion of democratic standards throughout the world. Examples include countries such as Hungary, Poland and Brazil, growing support for populist parties in western Europe, and recent development in the US. Populism has grown through new challenger parties, but also through capture of previously mainstream parties. In this Policy and Practice seminar three international experts discuss these worldwide trends.

E4| Constitutional Reform, Then and Now

Serious books on monarchy are rare, but a new volume on Europe’s eight contemporary democracies helps to fill the gap. Does monarchy still deserve the attention of students of politics? And is the fact that most of the world’s healthiest democracies are monarchies anything more than a coincidence? In this episode of UCL Uncovering Politics, book co-author, Prof Robert Hazell, explores some of these questions.

E2| Checks and Balances in Democracy

The Conservatives’ 2019 manifesto commits the new government ‘to look at the broader aspects of our constitution: the relationship between the government, parliament and the courts; the functioning of the Royal Prerogative; the role of the House of Lords; and access to justice for ordinary people’. This event recording discusses how the new government might implement this agenda and what obstacles it might face.