"Nationalism should not be confused with patriotism" - our divided politics 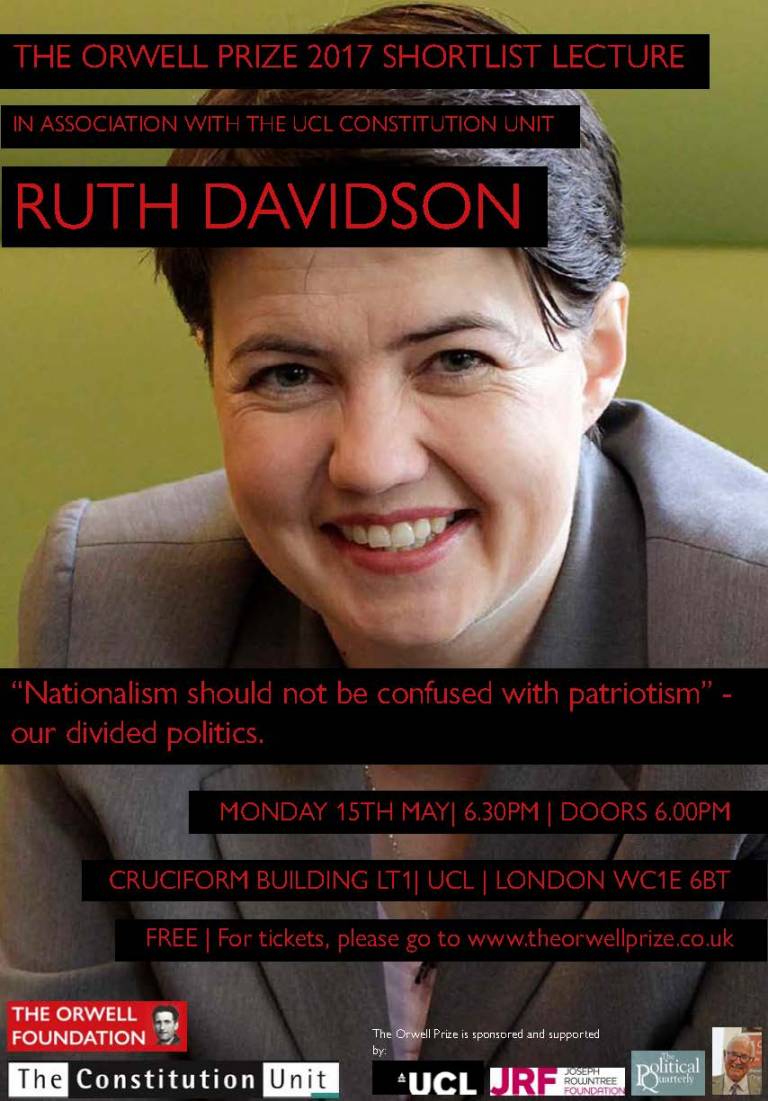 Ruth Davidson MSP, leader of the Scottish Conservatives will give the Orwell Prize Shortlist Lecture 2017, co-hosted by the UCL Constituion Unit and Chaired by Tony Wright.

Shortlists for the Orwell Prizes 2017 will be announced after the lecture. To read about the longlists, click here.

A drinks reception will follow in the Wilkins Building, North Cloisters (across the road) from 8.00pm.

Tony Wright is Visiting Professor of Government and Public Policy at UCL's constitution unit and was co-editor of Political Quarterly from 1995 until 2015. MP for Cannock Chase from 1992 to 2010, he chaired the Public Administration Select Committee for over a decade and as chair of the Reform of the House of Commons Select Committee introduced the 'Wright reforms' that strengthened the role of the Commons. His most recent books are Doing Politics (2012) and the second edition of the very successful British Politics: A Very Short Introduction (2013).

The Constitution Unit conducts timely, rigorous, independent research into constitutional change and the reform of political institutions. Its key purpose is to inform policy-makers engaged in such changes, both in the UK and around the world. Current Unit research covers parliament, elections, referendums, political parties, devolution and territorial politics, the judiciary, civil service, and Britain's relationship with Europe. Publications range from reports and books to articles in academic journals and the popular media.

The Orwell Foundation is based at UCL's Institute of Advanced Studies.