From scientists and the media to policymakers and the arts, most communicators use the same overarching narrative when they talk about the climate: “Climate change is an existential crisis and needs urgent action.” But this singular framing doesn't appeal to everyone, and can leave people feeling powerless and disconnected.

The problem we've identified is a poverty of stories - there are too few ways we talk about climate change. Our aim is to shift the focus from communicating the threatening nature of climate change, to stories of 'doing'. This takes two forms: 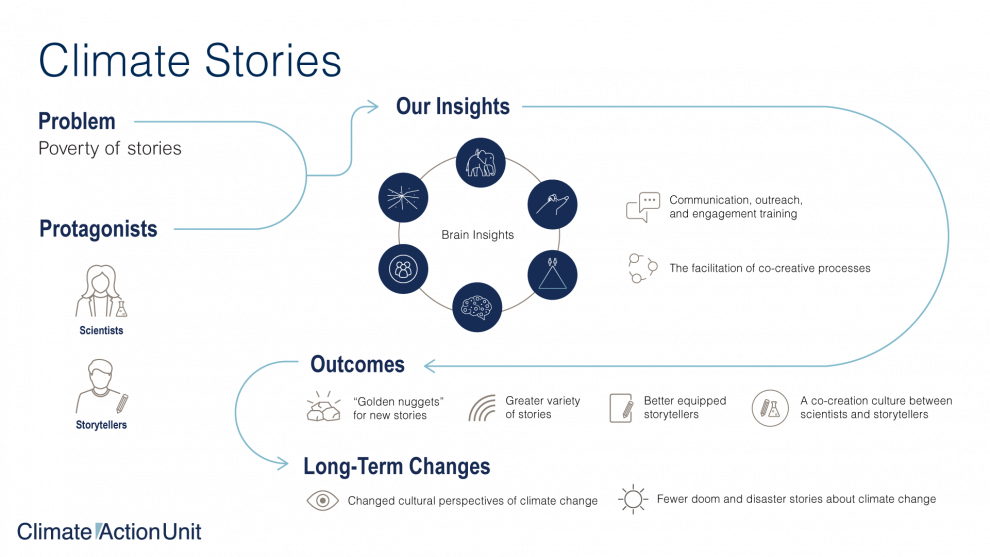 The CAU delivered a training and support programme for journalists and communications specialists on action-based storytelling on climate change. This project was supported by the European Climate Foundation.

Citizen Engagement on the Environment

A large-scale DEFRA-funded project to engage citizens on environmental issues and policies. Members of the Climate Action Unit developed and delivered an engagement training programme bringing together environmental policymakers, scientists and conservation experts.

The Future of Our Seas

This NERC-funded pilot project brought climate scientists in co-creation with Fun Kids, a UK children's radio station. The aim was to create a radio series for children which would avoid the usual concern-raising nature of climate stories, and instead make the stories more personal and relatable for the envisaged age range (7-11 year olds). Members of the Climate Action Unit developed and delivered the public engagement training and facilitated the co-creation process.

Want to know more about our climate stories work?