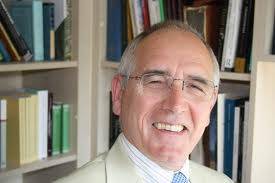 IRIS research profile
I am part of the Liverpool diaspora. I began my career in Cambridge (where I was a research fellow at Jesus College) before moving to St Andrews, where I taught from 1977 to 1991, except for a visiting professorship at University of Minnesota in 1987-8; while there I also taught at Carleton College, Minnesota. I was Professor of Classics at Royal Holloway from 1991, before coming to UCL to take up the Chair of Greek in 2003. I love the smell and feel and noise of London and the constant vibrancy and energy at UCL.

My PhD was on Pindar and was supervised by Pat Easterling, John Killen and the late Sir Denys Page. I return constantly to my first love, Greek lyric poetry, though over the years I've also published on tragedy, comedy, Homer and especially oratory and law. I am under contract to produce a Cambridge 'green and yellow' commentary on book 7 of Herodotos.