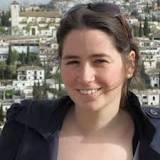 I work on the boundaries between Classics and English, focusing in particular on early modernity. My first degree was in Classics, my MPhil and PhD (Cambridge, 2006) in English and I have worked and taught in both English and Classics departments during my career. Here at UCL I have a joint post shared between Greek & Latin and English.

My research focuses upon the literary bilingualism of early modernity, a period in European history in which Latin - rather like English today - was the international language, and in which regional literary cultures conducted in both Latin and the vernacular engaged directly, via Latin, with the literary cultures of other countries much more closely than is the case today. I am particularly interested in the relationship between Latin and English poetry between about 1550 and 1720, though I also work on Renaissance and early modern (’neo’-) Latin literature more generally, and on 20th century English poetry.

These are a few of our favourite things.

All staff are available for two hours a week for meetings with current students (no appointment needed). To meet staff at other times feel free to email them to make an appointment.