LOOMS OF LIFE - weaving and knowledge production in ancient China 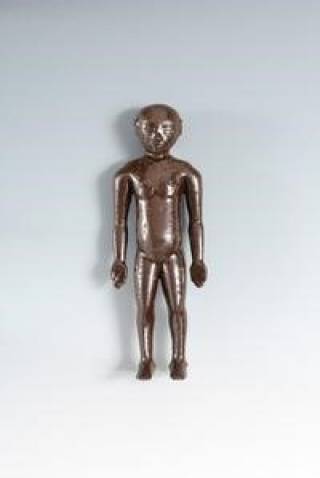 This will be the first conference outside China to showcase the texts and artefacts from the Laoguanshan tomb site (excavated in 2012-13 at Tianhui 天回 in the suburbs of Chengdu, Sichuan), which are set to revolutionise the history of science, technology and medicine.

The  Laoguanshan tomb finds include 900 bamboo strips dedicated to remedy collections and new medical theories, a set of China's earliest looms, and a medical figurine. This enormous quantity of ancient source material - unrivalled in, for example, ancient Greece - prompts us to rethink the nature of innovation in the ancient world, and will help us to challenge the eurocentric bias of global histories of 'civilisation'.

As yet, the figurine and manuscripts have only been seen at Sichuan University, and latterly at the Academy of Chinese Medical Sciences, where the transcripts of the texts and a report are currently being produced - so the conference is a unique and exciting opportunity for scholars outside China to engage with these new discoveries.

The texts and artefacts will be presented from the point of view of the wider cultural and geographic contexts in which innovations were occurring, within the networks of knowledge that centred on south-west China in the 2nd century BCE. Areas of interest are the intersections between emerging technologies of the interior of the body, weaving and astronomy. Significant, also, are the ways in which palaeographical analysis is revealing the geographic provenance of both text and manuscripts, leading to new understandings of the exact circumstances of the production of medical texts, and by extension of authoritative text itself.

Early access to the transcripts and photographs of the material culture discovered at the Laoguanshan site will give researchers and students an insight into the ways in which the new finds are radically changing the face of the history of science, technology and medicine.

This joint ICCHA and CCHH event is funded by Wellcome, UCL IAS (Institute of Advanced Studies), the UCL History department and the Universities China Committee in London.

· Dr Vivienne Lo, History, UCL Looms of Life: the warp and the weft of the body's interior design.