Supported by European Commission, The Directorate General for Education and Culture (EDUCCKATE EAC/S03/2012/029) 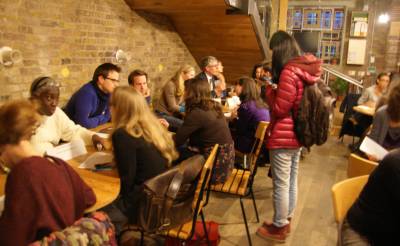 EDUCCKATE (2013-2014) is a pilot project designed to develop entrepreneurship skills and a business mind-set among students and to build capacity in the businesses of culture and creative sectors and in the higher education institutions. The project is primarily a collaboration of 11 diverse organisational partners from 7 European countries (Austria, Italy, Greece, Germany, Hungary, Cyprus and the United Kingdom).

In addition to developing multilingual training materials, creating specific networking space and organising the internships in a systematic and balanced manner, EDUCCKATE's greatest success was matching a group of young and enthusiastic interns with supportive and energetic mentors.

During the course of the project the interns developed new skills in real-life business environments across a diverse range of projects. In organisations as varied as charities and TV production companies, the projects they were engaged in ranged 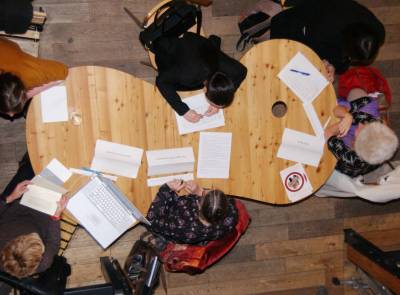 from promoting arts in deprived areas to creating web content on culture; developing business plans for cultural heritage management and writing a computer game based on archaeology. Both interns and mentors provided overwhelmingly positive feedback

at the end of the placements, and entrepreneurs are strongly in favour of continuing with similar schemes in the future that allow them to work with the bright young graduates with new ideas.

EDUCCKATE was the first pan-European mentoring scheme for entrepreneurship to specifically target the Culture and Creative sector. The project was very well received, and it looks very likely that several project partners will continue the process both independently within their respective countries and as a group of cross-European partners.

The project recognised both the importance of the Cultural and Creative sector to European society and economy as well as its need for targeted support due to recent economic difficulties and funding cuts. The role of the Small and Medium Enterprises (SME's) was seen as crucial in enabling future growth within the sector.  A system of mentored internships was developed as a way to support cultural and creative sector organisations with the bright new ideas proposed by young specialists.

Higher education institutions also played an important role in the project both as providers of skill sets to young specialists, and as receivers of innovative new training methods developed as part of the project. Ultimately, the project brought SME's and higher education institutions together in the area of cultural and creative businesses and cultural and creative degrees. Although participants and stakeholders came from diverse organisations, both public and private, they nevertheless formed mutually-beneficial alliances of knowledge transfer that has the potential to send the cultural and creative sector of European economy into a brighter future.

The project was coordinated by Sarah Wolferstan and Gai Jorayev.

The project was assisted by UCL Advances.