The Centre for Applied Archaeology (CAA) can provide expert help and advice with the management of historic and archaeological sites and landscapes. We have particular expertise in interpretation, training, documentation, cultural heritage policy and management planning.

The CAA has a holistic approach to heritage and believes in community-wide involvement in protecting and managing the historic environment. We are committed to ethical and sustainable approaches to enhance the capacity of communities to benefit from their local historic and archaeological sites.

The CAA is committed to the transfer of expertise and skills. We subscribe to the codes of conduct of the Institute for Archaeologists and the World Archaeological Congress. 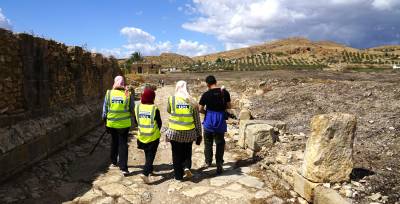 In addition to its core staff, CAA also benefits from the diversity of expertise of Institute of Archaeology's academics, from experience of Archaeology South-East staff, and also from wide range of UCL researchers and freelance consultants associated with CAA.

Professor Dominic Perring - the director of CAA and ASE 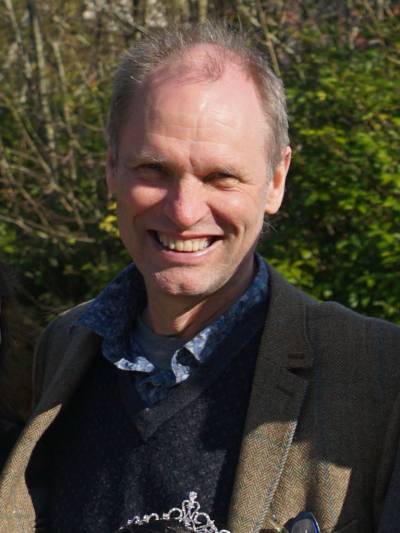 Dominic has had a long and diverse career in the field of Archaeology, holding positions in the UK, Europe and the Middle East. He has worked for a number of key archaeological organisations including the Cooperativa Archeologica Lombarda, Milan (1982-1985, Director of Excavations), English Heritage (1990-1995, Head of Greater London Archaeology Advisory Service), AOC Archaeology Ltd.(1995-1998, Executive Director), and also held Academic positions at the University of York (1998-2004, Lecturer in Archaeology), as Visiting Professor to American University of Beirut (1999-2000). Dominic currently lectures on Urban and Roman Archaeology; his research interests include the origins and nature of urban society, Archaeology of the Roman provinces (especially Britain & Syria) and Cultural Resource Management in UK and Middle-East. 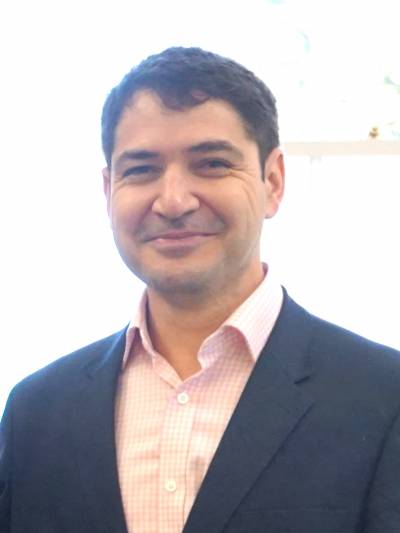 Gaygysyz Jorayev completed his MA degree in Managing Archaeological Sites and then his PhD research on Heritage and Nation Building at the Institute of Archaeology. He worked with CAA as an associate for several years before joining the core team in 2012. Gai is a specialist on management and modern use of heritage, and he is experienced in working in the developing countries of the world. He also participated and managed projects in documentation of the sites and monuments, exhibition design and interpretation, education and public outreach. Gai manages some of the ongoing CAA projects and works on developing new international projects.

Gai also leads the aerial photography research with the use of unmanned aerial vehicle (UAV). 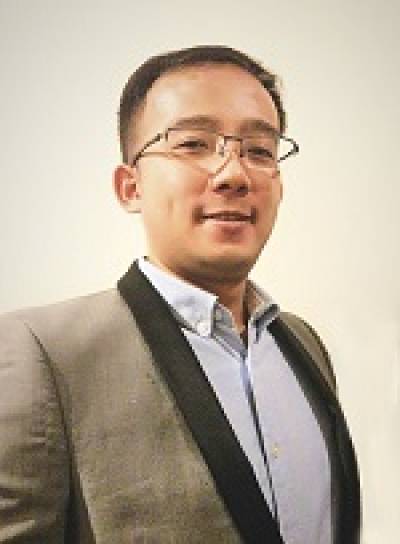 LIU Jia's is an expert on cultural heritage and museum interpretation, exhibition design, digital interactive approaches and public education. He provides consultancy, research support and training for museums and heritage authorities in the range of heritage related directions and has successfully implemented major design and interpretation projects in the past.

In recent years, he worked as a research staff within the Centre for Applied Archaeology. His ongoing works are mostly based in London and Mainland China, and he is responsible for extensive links and cooperation with partners in China. Sarah has two decades of professional experience that can be grouped into three areas; Heritage Management, training and policy advice (Council of Europe) and fundraising and project management in international development and environmental sustainability (United Nations World Food Program, International Organisation of Migration, Global Action Plan). She has worked in European Heritage Policy, Heritage Management and training at the UCL Centre for Applied Archaeology since 2009 and is currently representing UCL on the Erasmus + Strategic Partnership project People Places Stories. Sarah maintains CAA’s strategic links with national and international heritage organisations and assists the director with planning for the future.

Clifford Price is Emeritus Professor of Archaeological Conservation at University College London (UCL). He trained as a chemist at St. Catharine's College, Cambridge, and worked first at the Building Research Establishment on the conservation of historic buildings and ancient monuments.  In 1983 he was appointed head of the Ancient Monuments Laboratory with English Heritage, and in 1990 he moved to the Institute of Archaeology, UCL. His research has been concerned primarily with the decay and conservation of stone. He has been involved in the conservation of several English cathedrals and has undertaken consultancies at sites around the world, including the Osireion at Abydos, Egypt; Petra in Jordan; petroglyphs at Caguana in Puerto Rico; and Niuheliang, Liaoning Province, China. He retired from UCL in 2007.

Chris has a wide experience in the field of Museum and Site Interpretation. He began his career at the British Museum Design Office, after which he gained specific experience in Archaeological Site Interpretation in South America. Recent work has included projects for English Heritage (including Interpretation Advisor to the Stonehenge Project), Museum of London and the National Trust (Sutton Hoo). Chris is director of Chris Hudson Designs and also teaches on the Public Archaeology Course at the IoA.

Henry has had extensive and varied career, beginning in the iron and steel industry (including a position with the United Nations Industrial Development Organization (UNIDO)). Following this Henry was Director of the Council for British Archaeology (1974-1991); during this time he gained his PhD from the IoA, and was a Member of the Executive Committee of the International Council on Monuments and Sites (ICOMOS) (1981-1990). He then became a consultant to ICOMOS & professional adviser on cultural heritage to the UNESCO World Heritage Committee (2002-2005), a World Heritage Consultant to the State Administration of Cultural Heritage of the People's Republic of China (2002-2005) and an Honorary Professor in Archaeological Heritage Management at the IoA (1998-2007).

After a varied career including a stint at a secondary schools teacher (1966-77) and an Education Officer for the Council for British Archaeology (1977-84), Mike starting working for English Heritage where he became Head of the Education (1988-2003), and later Head of Education and Interpretation (1997-1999). In 2003 Mike became an Honorary Lecturer, teaching postgraduate heritage education option at the Institute of Archaeology. His research interests include outreach projects in education, Archaeology and world national curricula and Archaeological literature for children. He has also been involved with the Ancient Merv Project, Turkmenistan.

Kirsty began her career as an Archaeological Conservator at the British Museum following which she became involved in a variety of projects in Bahrain, the UAE, Iraq, Oman, Qatar, Turkey and Hong Kong (1986-2003), including a position as an UNESCO Consultant in archaeological conservation and collections management, Kuwait . In 2004 Kirsty returned to the UK to undertake an MA in Managing Archaeological Sites at the IoA, and has since worked as a consultant and project manager on a number of assignments including the WHS Nomination of Wear and Jarrow, Management planning for the Silk Road serial WHS nomination and the Management Plan for Hadrian's Wall 2008-14.

Gaetano Palumbo conducted his studies in archaeology at the University of Rome, and participated in the first archaeological sites inventory project in Jordan in the early 1990s. He then joined the Getty Conservation Institute between 1994 and 2000, IoA until 2002 (where he taught the Master in Managing Archaeological Sites), and World Monuments Fund since 2002.  Since 2002 he is also Honorary Lecturer at the IoA.  He has consulted for a number of organizations including UNESCO, ICOMOS, ICCROM, the Word Bank, the Abu Dhabi Authority for Culture and Heritage, the Ministry of Culture of the Kingdom of Bahrain, and the High Commission for the Revitalization of Erbil Citadel, on projects concerning capacity building, and site management and conservation planning.

Adrian is Honorary Professor at UCL's Institute of Archaeology. He recently retired from the post of Heritage Protection Director after 19 years at English Heritage where he was also Head of Profession for Archaeology. Prior to that he was Director of the Lancaster University Archaeology Unit following extensive early career experience as an active field archaeologist in northern England. Adrian was the founding President of the European Archaeological Council - Europae Archaeologiae Concilium (the network of state heritage agencies), and works closely with the Council of Europe and other European institutions. He has a strong interest in wetlands archaeology and maritime archaeology and recently chaired a review of the provision of maritime archaeology for the Danish Heritage Agency. Adrian is currently undertaking a heritage management project for the European Union/Council of Europe as part of the programme to promote cultural diversity in Kosovo and is an advisor to the EU funded Cradles of European Culture Project (Francia Media). Adrian is a member of the National Trust Archaeology Panel and has recently taken up the position of Chair of the Nautical Archaeology Society.

The CAA was founded in 2006 as a research centre unit within the Institute of Archaeology, University College London. We aim to build links between commercial practice, academic research and local communities, encouraging collaboration and innovation in the heritage sector.  Our affiliation with the IoA-UCL places us at the forefront of research, teaching and practice in conservation, cultural resource management and public archaeology. We work closely with the Institute's academic experts who are involved in archaeology, museums and heritage projects all over the world.

Archaeology South-East is the CAA's contract division. Through ASE we can offer specialist advice in a number of areas, including:

The CAA has partnered with a number of organisations. In the UK these include Local Authorities, The Department of Culture Media and Sport and Historic England/English Heritage. In Europe, these include the European Commission's Directorate General for Education and Culture, the Council of Europe's Heritage and Landscape Division and its Regional Cooperation Division. Internationally, these include UNESCO, UNWTO, the World Monuments Fund, the Getty Conservation Institute and several national Ministries of Cultures to name a few.