From lab to clinic: Redefining CD25 as an immunotherapy drug target

Professor Sergio Quezada speaks to CRUK about his fascinating research journey that has led to the development of an anti-CD25 antibody that could harness the immune system to "powerfully and selectively" attack cancer cells. 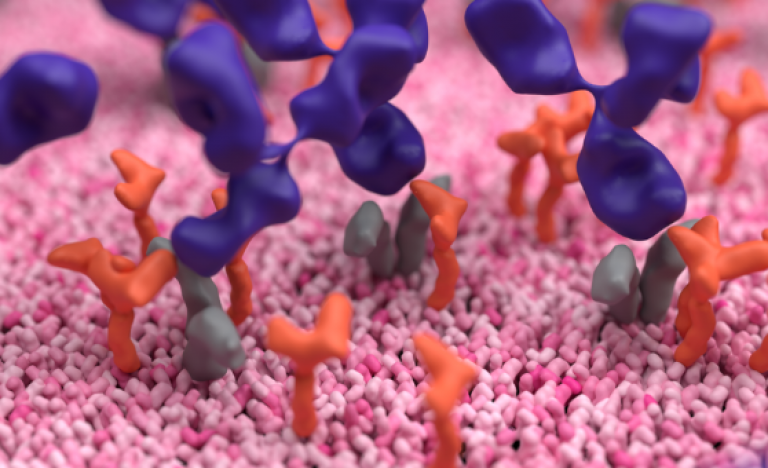 In 2008, working as a postdoc, Sergio Quezada published a paper that helped consign CD25 – a receptor found primarily on immune cells – to the large scrapheap of “molecules-that-scientists-formerly-considered-exciting-targets-for-cancer-therapy”.

Adding to issues other labs had uncovered, Quezada found that an antibody against CD25 prevented tumours from forming in mice if it was given when they were cancer free, but if it was given – as it would be in the clinic – after a tumour had taken hold, the antibody was powerless.

But then, in 2010, the picture began to change. New data from cancer immunotherapy studies Quezada had been running in his newly established lab together with his colleague Karl Peggs, caused them to reconsider CD25. It looked like it hadn’t been the target that was wrong… it had been the antibody.

CD25’s relaunch as a drug target was owed to experiments – done in Quezada’s and Peggs’s labs at UCL Cancer Institute and supported by Cancer Research UK (CRUK) – that demonstrated the importance of a sub-set of T cells known as regulatory T cells in inhibiting immune responses to cancer cells. Quezada worked with CRUK to secure patents on the approach. Then, in 2016 he partnered with a small UK biotech called Tusk Therapeutics to develop a drug.

In an early meeting with Tusk, Quezada was asked if the antibody his team had used was the best he could provide? Taken aback, he replied: “We spent 10 years figuring out this thing, and now you want something better?"

But this conversation sparked an insight that changed everything, ultimately leading to a drug that was instrumental in Roche paying up to $798 million to acquire Tusk in 2018. Reflecting on the work with Tusk, Quezada says, “It was a delight – one of the best collaborations I’ve ever had.”

Quezada’s early work on CD25 was conducted in Jim Allison’s lab at Memorial Sloan-Kettering Cancer Centre in New York. The immunotherapy revolution unfolding there was founded on the fact that the human immune system normally destroys cancerous cells – but that as certain tumours grow and evolve, they start to evade immune surveillance.

Allison had shown how, as a tumour develops, mechanisms emerge which suppress a critical population of T cells, known as effectors, that normally recognise cancer cells and tag them for destruction. Some of the signals that inhibit T effectors in tumours act at checkpoint receptors – receptors that ordinarily function to keep any immune response proportionate to the need for them. And Allison’s demonstration that blocking these checkpoint receptors disinhibited T effectors, allowing them to destroy patients’ tumours, won him a share of a Nobel Prize.

Allison’s focus was T effector cells, their interaction with cancer cells and how this is regulated by checkpoint receptors. But Quezada was interested in a third player: regulatory T cells or Tregs. These T cells function to suppress T effectors and thus regulate immune responses. Quezada asked whether Tregs inhibiting T effectors within tumours are also critical for cancer cells escaping the immune system? Gradually, he convinced himself and Allison that this was an essential piece of the puzzle.

But an equally important legacy of his time in the Allison lab, was Quezada witnessing first-hand how the clinical success of checkpoint inhibitors was achieved by basic researchers and clinicians working in constant dialogue. “That's when I started seeing the power of taking basic research and being very smart on how you analyse its impact as it gets into the clinic,” he says. “I said, ‘This is exactly what I want to be doing. I want to be working at this interface’.”

At this point, Karl Peggs, a clinical fellow with whom Quezada had worked with in Jim Allison’s New York lab, was instrumental in recruiting him to UCL. Peggs had already moved to London and he told Quezada that if he moved to UCL, he could plug a gap between clinical trials and basic immunology research. A grant from CRUK was instrumental in securing the position.

However, Quezada didn’t arrive at UCL with a specific drug in mind. “I don't think that's how it works,” he says. “These things are organic. It's like a little plant, they emerge.”

A seed, however, had been planted in New York with the Treg work. The checkpoint inhibitors that had entered the clinic were thought to act by directly disinhibiting T effectors. But Quezada’s group – controversially ­­– found evidence that these drugs could also deplete Tregs in tumours and that this was a vital part of their action.

This reignited interest in CD25 because – unlike checkpoint receptors – it is expressed abundantly on Tregs and only at low levels on T effectors. Designed the right way, he and his group postulated, anti-CD25 antibodies might offer a way to powerfully and selectively deplete Tregs and liberate T effectors to attack cancer cells. Then came the moment the team had been dreaming of – they found their newly designed antibody caused a stronger immune response against the cells it bound to – which in turn caused tumours to shrink. “That was kind of the eureka!” Quezada says.

Crucially, this antibody had antitumour effects when administered to mice after a cancer had grown. The idea for a drug, formed as a seed in Quezada’s mind in New York, had taken root in London.

Regular discussions of translational opportunities were a key part of Quezada’s CRUK fellowship, and soon after he’d grasped the potential of CD25, he and the charity explored ways to successfully file patents. The problem was, the earlier excitement around CD25 and the development of antibodies against it to treat graft versus host disease and T cell lymphomas, meant there were already many patents concerning CD25. In order to secure a patent, he and CRUK needed to demonstrate that their new antibody represented a genuinely novel invention.

While they worked on this, Tusk Therapeutics became excited by the CD25 data, and told Quezada if he could patent it, they would license it. CRUK and UCL redoubled their efforts and found a way to file IP and establish a collaboration with Tusk.

An essential element of this deal was a provision allowing Quezada’s lab to continue research on CD25 and anti-CD25 antibodies, allowing him to continue his academic career. He was delighted with the arrangement they reached. “To me,” he says, “it was corporate drug development without having to leave my beautiful academic job.”

Then, came the fateful meeting where Quezada was asked by Tusk if he could produce a better antibody.

The insight this question sparked came from considering CD25’s function. To date, Quezada had seen CD25 primarily as simply an antigen on Tregs, to which an antibody could bind to induce cell death. Because CD25 was expressed sparsely on T effectors, these cells were spared death.

But CD25 is more than just an antigen. It is the receptor for interleukin 2 (IL2), an important activator of T effectors, especially within the tumour microenvironment. Discussing this, everything suddenly fell into place. The antibody Quezada was using blocked CD25’s ability to function as a receptor for IL2. This meant that while it was depleting Tregs (thereby, disinhibiting T effectors), it was simultaneously limiting T effector activation by preventing them being stimulated by IL2.

Immediately, the lab set out to generate a new mouse antibody that would stick to CD25 without blocking IL2 signalling. Tested in mouse cancer models, Quezada says the data were amazing. And these results were right on time to tell Tusk to change the criteria by which they judged a candidate human antibody: it still had to bind CD25 and kill Tregs but, now, it had to also spare IL2 signalling.

The speed with which this all happened would have been impossible working solely as an academic, Quezada says. Throughout the project, the partners shared a will to move quickly, and this allowed them to optimise the division of work between Quezada’s and Tusk’s labs. As the partnership generated ever more promising data, Roche expressed an interest in acquiring Tusk.

Roche would take the drug though toxicological screening and into phase 1 clinical trials, while Quezada had the freedom to work with mouse antibodies in order to continue to drive the science underpinning this target. He also secured a relationship with Roche in which his team and Roche continue to investigate the mode of action of anti-CD25 antibodies and inform the drug’s development.

Asked what advice he’d give academics considering translational endeavours, Quezada says, “First, you need to want to do it.” He’s frank about the fact that investing time on such efforts can affect researchers’ purely academic work, but he believes that a happy balance can be struck. “The biggest challenge is to find the right partner that is going to help you get it to where you want to get it,” he says. “And, second, you need to know where it is that you want to get to.”

The CD25 project entailed a constant conversation about Quezada’s involvement, with both Tusk and Roche. The resolution of which has seen Quezada both publish influential papers on the molecule’s biology and make crucial contributions to the drug’s development.

“The most important thing is to get this drug to the clinic. We translational scientists need to understand that there are different goals and also different ways of measuring success,” he says. He believes that academic institutes and funders are increasingly valuing accomplishments in drug development and real-world impact.

Today, Quezada continues to look out for ways in which his research might lead to new therapies. What’s vital for Quezada is that opportunities to save patients’ lives are not lost. Speaking of why he’s dedicated to increasing the profile of translational work, he cites examples of basic biology that he believes have major implications for further honing the effectiveness of immunotherapy – but which nobody has yet turned into therapeutic strategies. “There is a large number of very good basic scientists,” he says, “that just haven't seen it. It's not that they don't care. They just haven't realised that some of their findings, that they might think are very minuscule, could have a humongous impact.” 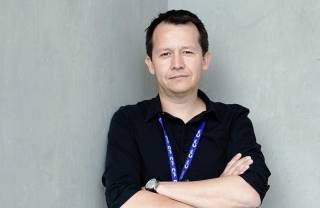 Professor Sergio Quezada is group leader at The Immune Regulation and Tumour Immunotherapy group at the UCL Cancer Institute. He received a CRUK career development fellowship in 2010, and a CRUK senior cancer research fellowship in 2016

This article was originally published as a research feature by Cancer Research UK on 12th April, 2021. Author: Liam Drew