Researchers from Lund and UCL have developed a novel method of isolating ‘young’ stem cells in old mice. They show that activity of mitochondria is a stronger indicator of stem cell fitness than age and is a potential therapeutic target for treatment of age-associated disease. 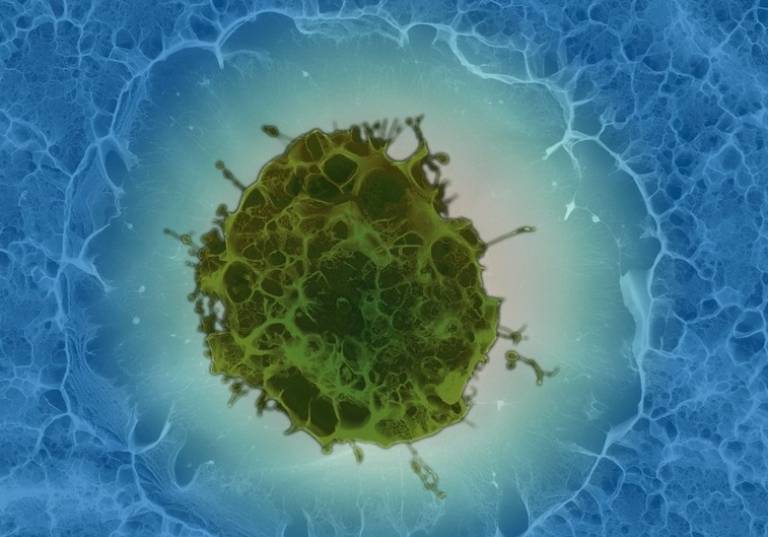 The effect of aging on stem cells is an emerging research area of great interest, in part due to the worldwide increase in average life expectancy. With aging, there is a steady decline in the ability of blood stem cells to produce balanced proportions of mature blood cells, leading to an increased risk of immune compromise, anemia and cancer development.

In a study published in the journal Cell Stem Cell, researchers from Lund Stem Cell Center and UCL have discovered a population of stem cells in aged mice with the characteristics of healthy ‘young’ stem cells. These chronologically old, but physiologically young, blood stem cells were identified by probing the activity of their mitochondria – membrane bound organelles that generate the chemical energy necessary for the cell’s function.

As well as energy production, mitochondria have various other cellular functions, including regulation of inflammation, survival signaling and metabolism. It is well known that upon aging there is an increase in mitochondrial dysfunction within organs and tissues. However, the role that this decrease in mitochondrial function plays in the aging process is not yet completely understood.

“We began by comparing the mitochondrial activity of stem cells from old and young mice.” explains Dr Els Mansell, a postdoctoral researcher and first author of the study. “To do this we looked at mitochondrial membrane potential, MMP for short, reflecting the electrical potential and proton gradient of mitochondria.”

“We then performed transplantation studies with stem cells isolated from aged mice treated with mitoquinol (mito-Q), a drug that increases MMP.” explains Els. The team observed that upon stimulating the mitochondrial activity of aged stem cells they behaved like young stem cells, reestablishing the blood system much more effectively than stem cells harvested from untreated aged mice.

Finally, the researchers highlighted the clinical potential of targeting mitochondrial activity for the treatment of age related blood disease. By supplementing both middle aged and old mice with mito-Q they could prevent, and even reverse, the imbalance of mature blood cells and anemia associated with aging.

“Our findings prove that MMP is a novel indicator of the physiological age of stem cells, regardless if they are from young or old mice, and importantly, that MMP of stem cells is novel therapeutic target that can directly impact stem cell function,” concludes Dr Mansell.

This work was funded by grants from the UK: Blood Cancer UK, Children with Cancer UK, the Medical Research Council UK and Sweden: the Knut and Alice Wallenberg Foundation The Royal Physiographic Society, Barncancerfonden and VetenskapsRadet.