Researchers at UCL have discovered a novel cellular mechanism in a type of high-risk T-cell acute lymphoblastic leukaemia (T-ALL) that could be targeted with a checkpoint kinase inhibitor drug to help treat the disease. 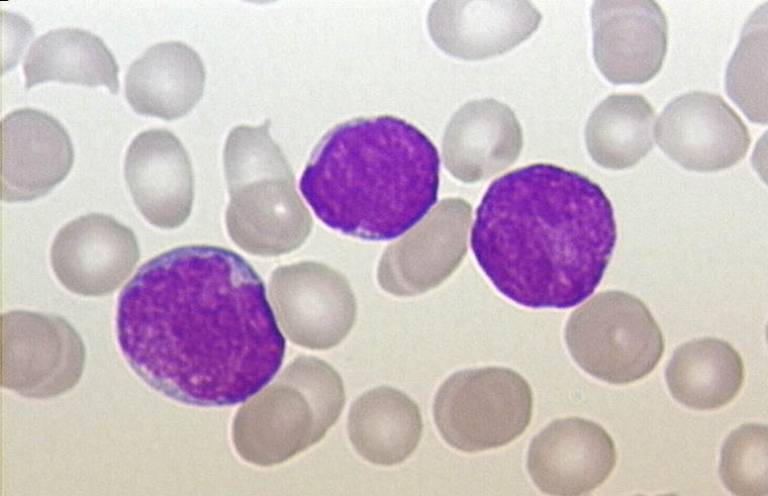 The findings, published in the journal Cancer Discovery, show how a mutation of an enzyme called EZH2 – a key component of a complex that regulates gene expression, known as polycomb repressor complex 2 (PRC2) - leads to a process that ultimately causes T-ALL cells to become more sensitive to CHK1 inhibition.

Loss-of-function mutations of EZH2 are frequently found in T-ALL and are associated with chemo-resistance and disease progression, yet no specific therapy for this aggressive subtype is currently clinically available. The basis of the study was to try and find drugs that could target T-ALL cells with these mutations, while leaving healthy cells (which won’t have the mutation) unharmed.

The research team, led by Dr Marc Mansour, set about testing their idea that EZH2-deficient T-ALL cells would be dependent on distinct survival pathways that could be exploited to provide a targeted, less-toxic and more effective therapy option for high-risk T-ALL.

“In the lab, our team screened a wide range of commercially available drugs on T-ALL cells both with and without the EZH2 mutation. Through this ‘synthetic lethal screening’ approach, we found that certain drugs designed to inhibit the function of CHK1 (a protein involved in cell cycle regulation) could kill the mutated T-ALL cells. These checkpoint kinase inhibitors are known in the field but have mostly been used in early-phase clinical trials for solid tumours.”

“This finding was encouraging, but the big question was why this was happening. We wanted to unravel the mechanism of action to identify the cellular processes involved,” explains Dr Theresa Leon, UCL Research Fellow and first author of the study.

Through a series of lab experiments, using cell lines and mouse models, undertaken over several years the team eventually uncovered the mechanism they were looking for.

Dr Leon continues: “We know that cancer cells are incredibly good at adapting and surviving. However, this adaptation can be a weakness. In our study, we demonstrate EZH2 mutated T-ALL cells are associated with an increase in the production of an oncogene known as MYCN. This drives an enhanced replication stress in these cells, which in turn increases reliance on CHK1 for survival. If you inhibit the mutated T-ALL cell’s ability to utilise CHK1, it can no longer survive.”

"This project exposed some really fascinating biology that occurs in malignant T cells when they lose EZH2," explains Marc Mansour. "Cells reprogramme into more immature cells, switching on a gene called MYCN that makes them highly aggressive. MYCN acts like the accelerator pedal for these cells, while CHK1 acts like the brakes. When you inhibit CHK1, it’s like releasing the brakes while travelling down a steep hill – cells lose control and crash out. So, the very gene that makes them so aggressive also becomes their weakness, offering us the opportunity to identify specific patient groups with the most difficult to treat disease who might benefit from these new drugs."