UCL researchers have discovered a new checkpoint that prevents a certain type of cell death from occurring. The findings could help scientists and doctors further understand – and potentially slow down or even halt – the progression of auto-immune and neurodegenerative diseases. 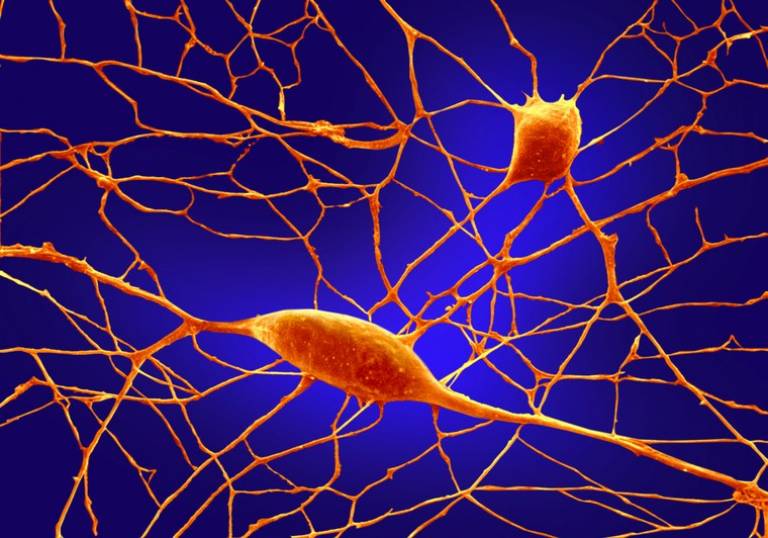 The study team, led by Professor Henning Walczak, is interested in a particular type of cell death induced by a factor made by our own body named TNF. TNF plays a key role in inflammation. Inflammation itself is essential to regulate the body and serves as a way to activate the immune system to ward off infection or repair damage.

“An infection or injury causes inflammation which is an important mechanism to alert the immune system. But when an inflammation becomes chronic, it can cause a variety of severe diseases such as cancer and auto-immune and neurodegenerative diseases. This includes, amongst others, rheumatoid arthritis, inflammatory bowel disease, psoriasis, Amyotrophic Lateral Sclerosis (ALS), Alzheimer’s and Parkinson’s disease.” explains Professor Walczak, lead author of the study and head of the Centre for Cell Death, Cancer and Inflammation at the UCL Cancer Institute.

“TNF is considered the master regulator of inflammation – think of it as the fire alarm of the immune system. TNF causes inflammation in two different ways: it can induce the production of factors that act as messengers between different cells to orchestrate an effective immune response; yet, if that programme for some reason fails, TNF induces cell death which amplifies the fire alarm.”

Because of the central role of TNF in inflammation it is understandable that its functions, particularly TNF-induced cell death, are placed under very stringent controls within the body.

“We try to understand the underlying mechanisms of this control and explore how, when they don’t work properly, this type of cell death contributes to disease” says Dr Elodie Lafont, co-first author of the study. “In our study we have discovered a new checkpoint that prevents TNF-induced cell death, so we are starting to put the pieces of the puzzle together.”

Dr Lafont and the rest of the Walczak team, together with Dr Andreas Linkermann and his team at the University Hospital Dresden, Germany, have identified that two enzymes known as TBK1 and IKKe inactivate a key player in TNF-induced cell death known as RIP1 kinase (or RIPK1), another enzyme. To do this they need another factor called NEMO (a protein).  Several neurodegenerative and inflammatory conditions are associated with mutations or alterations in NEMO, TBK1 or IKKe, including ALS, a type of motor neuron disease, frontotemporal dementia (FTD) and incontinentia pigmenti (IP).

Dr Eva Rieser, co-first author of the study, argues: “In light of our results, it is possible that the uncontrolled death of cells – normally prevented by the concerted action of NEMO, TBK1 and IKKe – causes or at least contributes to the progression of these diseases. Based on our work, the next step is to take RIP1 kinase inhibition into clinical testing in these diseases.”

Professor Walczak explains: “After making a discovery like the one we have made here, which changes the way how we think a serious disease is caused, you normally have to wait for years before you can start a clinical trial. But that’s not the case here – three different proof-of-concept clinical trials with RIP1 kinase inhibitors are currently being undertaken in patients with rheumatoid arthritis, inflammatory bowel disease and psoriasis. So, the door is wide open to testing how RIP1 kinase inhibition may help patients suffering from IP, ALS/FTD or possibly other dementias and neurodegenerative diseases.”

This research has been supported by the Wellcome Trust and European Reseach Council.