Research in the Walczak Laboratory is focused on cell death and ubiquitin in inflammation, cancer and immunity. The lab is particularly interested in unravelling the mechanisms on how different death receptor-ligand systems such as the TNF, Fas (CD95) and TRAIL systems are regulated and how they impact cancer cell survival, cancer-related inflammation and immunity. The research aims are to develop novel cancer therapies by specifically inducing cancer cell death and by therapeutically directing the type of death induced in cancer cells to convert cancer-related inflammation from being immune-regulatory to enabling the immune system to recognise and kill cancer cells.

New drug target could control onset of neurodegenerative and inflammatory disease
Study team, led by Henning Walczak, have discovered a new checkpoint that prevents a certain type of cell death from occurring. The findings could help scientists and doctors further understand – and potentially slow down or even halt – the progression of auto-immune and neurodegenerative diseases.

Accelerating Immunotherapy - £5 million award to new research collaboration led by Professor Henning Walczak
Cancer Research UK has awarded one of the first 2015 Network Accelerator Awards to the Cancer Research UK-UCL Centre based at UCL Cancer Institute. The award brings together a network of immunologists, cancer biologists and cancer immunotherapists across Centres and Institutes in London, and will also help the next generation of scientists to develop careers in the field.

Body’s defences hijacked to make cancers more aggressive
UCL scientists have discovered that a vital self-destruct switch in cells is hijacked - making some pancreatic and non small cell lung cancers more aggressive, according to research published in Cancer Cell. The team, from the Cancer Research UK Centre at the UCL Cancer Institute, found that mutations in the KRAS gene interferes with protective self-destruct switches, known as TRAIL receptors, which usually help to kill potentially cancerous cells.

When healthy cells are no longer useful they initiate a chain of events culminating in self destruction. But cancer cells swerve away from this suicide path and become immortal. This means that cells grow out of control – causing tumours to form.

The Cancer Research UK team, based at the UCL Cancer Institute, has successfully fixed this fault in lung cancer cells – reprogramming the cells to self-destruct. 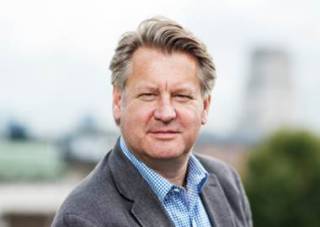