Our lab focuses on the role of acidic organelles, such as lysosomes, in Ca2+ signalling in both health and disease. See the lay section for a plain English summary.

Changes in cytosolic Ca2+ form the basis of a ubiquitous, evolutionary conserved signalling pathway. These Ca2+ signals drive many, if not all cellular processes from the very start of life (fertilisation), during vital processes such as neurotransmission, through to death (apoptosis). It is now clear that so-called "acidic Ca2+ stores" dynamically regulate cytosolic Ca2+ levels, both in isolation and in conjunction with the better-characterised Ca2+ stores of the endoplasmic reticulum. Acidic Ca2+ stores is an umbrella term that describes a cross-kingdom collection of morphologically distinct-yet-functionally related organelles united by their acid and Ca2+-rich interior. Lysosomes and lysosome-related organelles are key acidic Ca2+ stores that are considered functionally related to acidocalcisomes, vacuoles, endosomes, secretory granules and the Golgi complex. The Ca2+ mobilising messenger NAADP plays a critical role in controlling acidic Ca2+ store signalling.

We are i) defining the Ca2+ signalling "toolkit" (channels, transporters) of acidic Ca2+ stores at the molecular level and their evolutionary origins (form), ii) probing their physiological roles in processes such as membrane trafficking and cell migration (function) and iii) investigating how deviant signalling through these organelles can precipitate disorders such as Parkinson disease (failure).

Our work is interdisciplinary, encompassing both "wet" (molecular, cell and structural biology) and "dry" (bioinformatics, phylogenetics and computational modelling) approaches in a highly collaborative and international context. 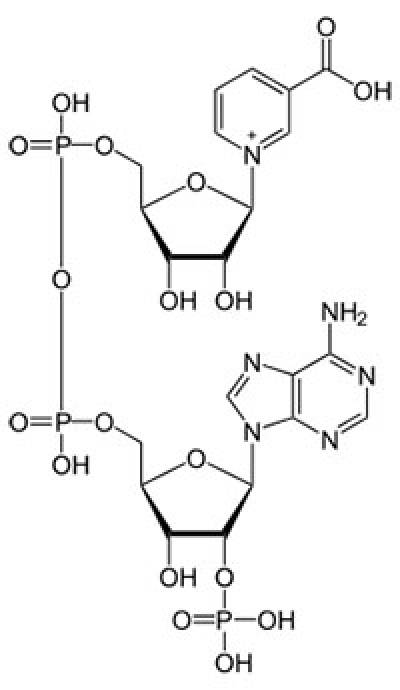 NAADP is a potent Ca2+ mobilising messenger, discovered in the 1990s by Hon Cheung Lee and colleagues. Over the last 15 years or so, we have played a central role in defining its mechanism of action using many model systems spanning from sea urchin eggs to primary human fibroblasts. In early work, we: i) identified and characterised the binding properties of NAADP receptors; ii) showed that NAADP is highly unusual in activating Ca2+-permeable channels located on non-canonical, acidic Ca2+ stores such as lysosomes and lysosome-like organelles; iii) quantified cellular NAADP levels and identified NAADP generating signals, such as the hormones and neurotransmitters; iv) identified and characterised NAADP synthesizing enzymes - the ADP-ribosyl cyclases - from both invertebrate and vertebrate systems and v) extended the actions of NAADP to the nervous system.

In 2009, we were one of three groups that converged on the TPCs as the long-sought-after target channels for NAADP. TPCs have a duplicated domain architecture comprising two concatenated voltage-gated ion channel-like repeats, each containing 6 transmembrane regions and a re-entrant pore loop. They likely dimerise to form the characteristic pseudotetrameric arrangement typical of the voltage-gated ion channel superfamily to which TPCs belong. We showed that TPCs localise to the endolysosomal system and applied loss- and gain-of function approaches, together with Ca2+ imaging and electrophysiology (with Rahman and Muallem), to show that TPCs are likely the pore-forming subunit of NAADP-gated, Ca2+-permeable channels. Our work with Marchant suggests that NAADP does not bind directly to TPCs, but instead to closely associated NAADP-binding protein(s). Modifiers of voltage-gated Ca2+ and Na+ channels also block TPCs, possibly though a common binding site. We are currently performing structure-function analyses of TPCs.

How does Ca2+ get into acidic organelles? In plants and protist vacuoles, Ca2+ uptake is mediated in part by Ca2+-H+ exchangers (CAX). In 2016, we identified CAXs in animals and shown that they localize to acidic Ca2+ stores to mediate Ca2+ filling. 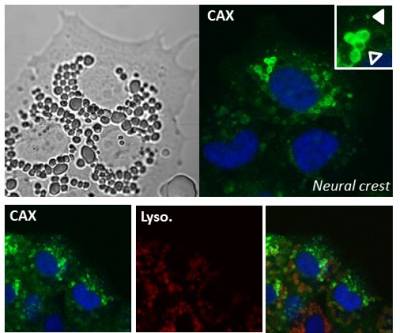 NAADP is often described as "trigger" for Ca2+ signalling. This is because the Ca2+ signals it evokes from acidic organelles can be amplified by neighbouring channels on the ER, likely through the process of Ca2+-induced Ca2+-release. We have proposed that such "chatter" occurs at membrane contact sites between the ER and the endolysosomal system. Membrane contact sites are regions of close apposition where different membranes come in close contact (<30 nm) but do not fuse. With Futter, we have identified membrane contact sites between the lysosomes and ER. Computational modelling with Sneyd has provided insight into Ca2+ signalling at these junctions. Our recent work shows that Ca2+ released from endosomes serves to strengthen contact with the ER. 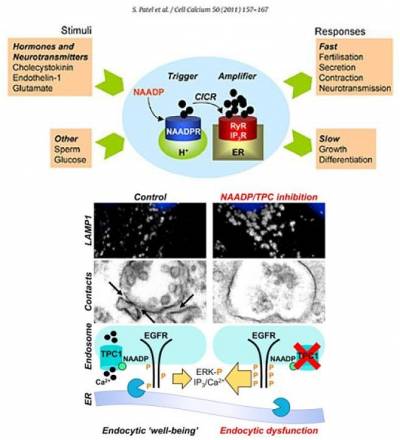 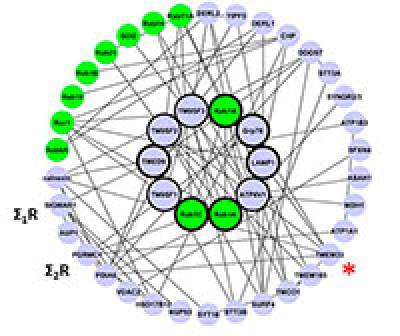 It is likely that the local Ca2+ signals derived from acidic organelles might act in their own right to drive physiological processes. Indeed, it has been known for some time that local Ca2+ signals regulate various trafficking events within the endolysosomal system. With Marchant, we have shown that TPCs associate with a variety of proteins involved in membrane trafficking (such as Rab GTPases) to regulate endolysosomal morphology. With Mayor, we have linked CAX to migration of neural crest cell cells. We are currently defining the mechanisms by which TPCs and CAX regulate subcellular and cellular motility. 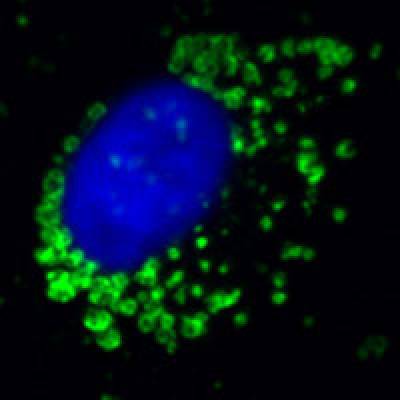 There is an increasing appreciation of the role of lysosomal dysfunction in neurodegenerative disorders such as Alzheimer's and Parkinson disease. With Schapira, we have recently identified both endolysosomal membrane trafficking and Ca2+ defects in fibroblasts from Parkinson disease patients. We showed that chemical or molecular inhibition of the NAADP pathway restores endocytic "well-being" in LRRK2 Parkinson disease. We are currently exploring whether the NAADP-signalling pathway might therefore represent a novel therapeutic target in Parkinson disease.

Despite their diversity, acidic Ca2+ stores may function similarly across the natural world in processes such as signalling, membrane traffic and secretion. TPCs are particularly interesting in an evolutionary context in terms of their phylogenomic profile (i.e. the presence of their genes in specific organisms) and their putative structure. Most deuterostome animals possess three TPC isoforms but there is highly unusual, lineage-specific loss of TPC3 in certain primates (including humans) and rodents. Their duplicated domain organisation indicates that they may be descendants of the key evolutionary intermediate between one- and four-domain members of the voltage-gated ion channel superfamily. With Cai, we have established the phylogenetic relationship between multi-domain voltage-gated ion channels, and recently identified a novel clade of TPCs in unicellular organisms with predicted properties similar to voltage-gated Ca2+ channels. We are exploring the evolutionary trajectory for TPCs and their related channels. 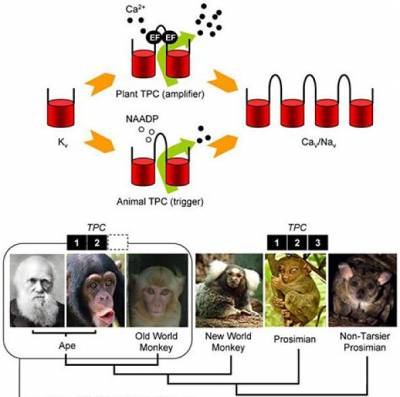 Sandip Patel obtained a BSc in Medical Biochemistry from the University of Birmingham in 1992, and a PhD in Pharmacology from Cambridge University in 1995 under the supervision of Prof. Colin W. Taylor.

He was awarded a Wellcome Trust "Prize" International Travel Fellowship in 1996. This allowed him to do post-doctoral work with Prof. Andrew P. Thomas, initially at Thomas Jefferson University and then at the University of Medicine and Dentistry of New Jersey (now Rutgers University) in the USA (1996-1998). He spent the last year of his fellowship (1999-2000) with Prof Antony Galione at Oxford University where Sandip developed his interests in NAADP.

Sandip was awarded a Wellcome Trust Career Development Fellowship in 2000 which allowed him to set up his own lab at Oxford. He also held the Hayward Junior Research Fellowship at Oriel College at this time. In 2001, he re-located the lab to University College London and was awarded a lectureship. Sandip was promoted to Reader in 2007 and Professor in 2011.

He was elected a Fellow of the Royal Society of Biology (FRSB) in 2013. 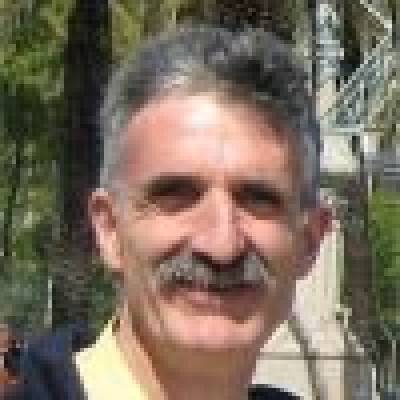 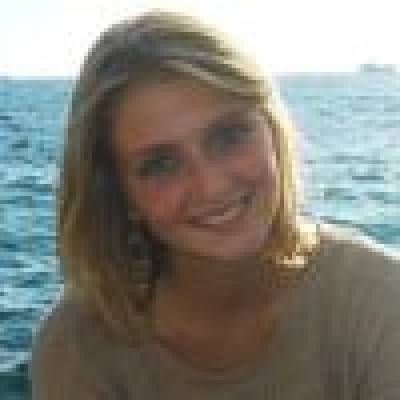 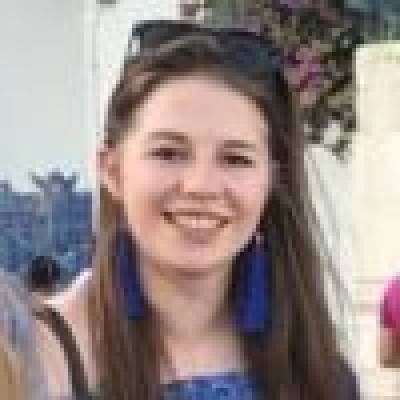 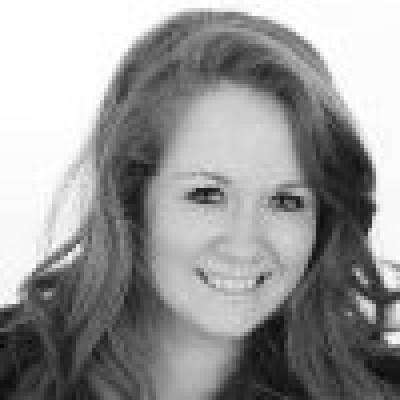 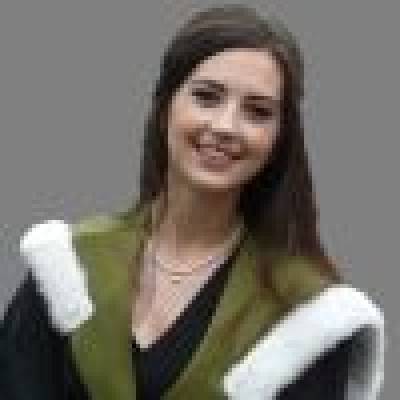 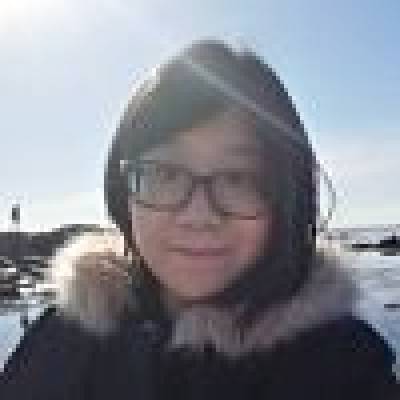 Our lab collaborates extensively at the local, national and international level.

Our published work is regularly highlighted or attracts commentaries by our peers.

Commentary by Galione A and Morgan A

Highlighted as an "In This Issue" article. "Two-pore channels in Parkinson disease"

Highlighted as an "In This Issue" article. "Calcium's route to freedom"

Calcium increases within our cells drive just about all cellular processes. Indeed, when these increases go awry, diseases develop including those that affect the brain. Therefore, calcium is not just important for bones and teeth!

Our work over the last 15 years has shown that tiny structures within our cells known as lysosomes are important for regulating calcium levels within cells.

Our mission is to identify the proteins that allow lysosomes to handle calcium, to understand the role of lysosome calcium in regulating aspects of cell behaviour and whether mis-handling of calcium by lysosomes is responsible for disease. 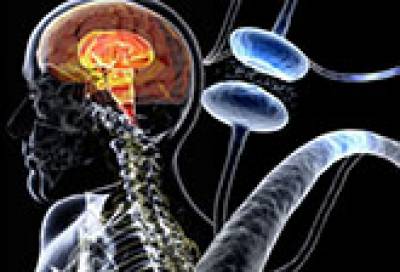 There is mounting evidence to suggest that defects in lysosomes may contribute to Parkinson disease. Parkinson disease is a common neurodegenerative disorder that affects the midbrain resulting in characteristic tremors. Lysosomes are best known for recycling waste material but we think that calcium within the lysosomes might be important in disease progression.

Click here for a lay article in the Atlas of Science. 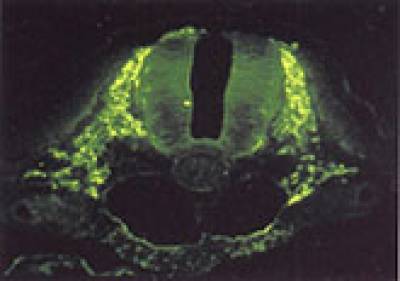 One of the many functions ascribed to calcium is the process of cell migration. Cells often move (migrate) in a specific direction to a given location in response to external signals. This is particularly important during embryo development. Defective migration underlies a range of disorders including cancer. We are investigating the role of calcium handling by lysosomes in the migration of neural crest cells. Neural crest cells are found in the embryo and migrate throughout the developing organism to give rise to a range of other cells/tissues including pigmented cells and parts of the nervous system. 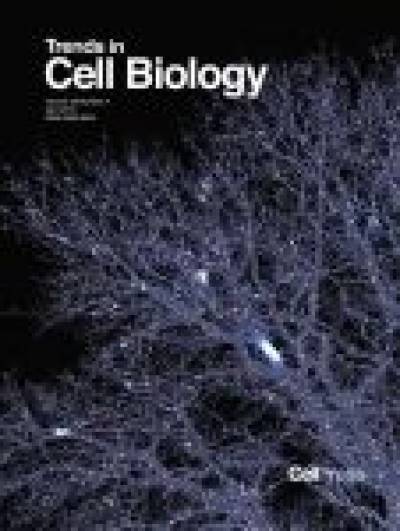