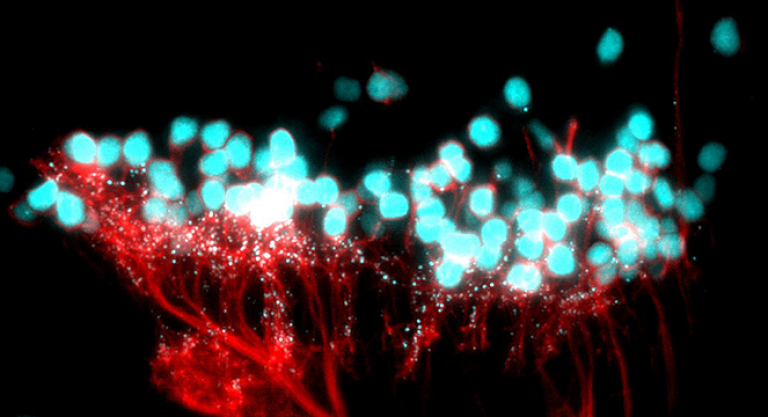 Anya's striking image 'Synaptic Nightlife' was captured using a method known as lightsheet microscopy and was awarded a £200 prize after being selected for a runners-up prize from a field over 300 entries drawn from across UCL's graduate programmes. View all the winning entries at the Doctoral School website.

Anya explained that, "at night, while we sleep, our brain cells are busy rearranging their connections to each other, forming and forgetting new and old memories. The ‘Synaptic Nightlife’ was captured using lightsheet microscopy from the hindbrain of a live zebrafish larva at night. We are peaking into the hustle and bustle world of neurons (red and cyan) in creating and disassembling new and old connections called ‘synapses’ (small cyan specks)."