A large peer-reviewed modelling study published in Scientific Reports gives evidence that a number of animals may be vulnerable to the SARS-CoV-2 virus that causes COVID-19. 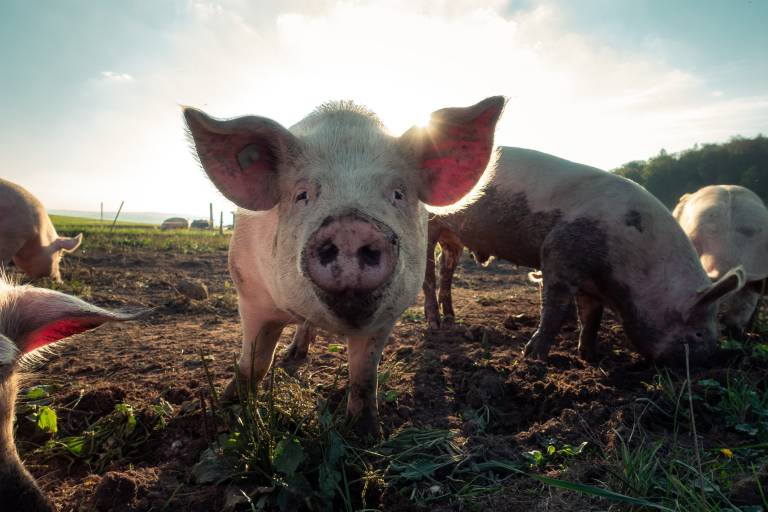 The research modelling shows how the virus could infect mammals’ cells. Evidence shows that 28 animals categorised as domestic, agricultural or zoological which are regularly in contact with people, may be susceptible to infection by SARS-CoV-2.

The study looked at how the spike protein from SARS-CoV-2 could interact with the ACE2 protein it attaches to when it infects people. The researchers investigated whether mutations in the ACE2 protein in 215 vertebrate species, that make it different from the human version, would reduce binding complex stability between the virus protein and host protein – since binding to the protein allows the virus to gain entry into host cells.

Although the SARS-CoV-2 virus might be able to infect animals via another pathway, it is unlikely based on current evidence that it could infect an animal if a stable binding complex with ACE2 cannot be formed.

Professor Christine Orengo, UCL Structural & Molecular Biology and the report’s lead-author said: “The animals we identified may be at risk of outbreaks that could threaten endangered species or harm the livelihoods of farmers. The animals might also act as reservoirs of the virus, with the potential to re-infect humans later on, as has been documented on mink farms. The details of host infection and severity of response are more complex than just the interactions of the spike protein with ACE2, so our research is continuing to explore interactions involving other host virus proteins.”

Large-scale animal surveillance recommended
Professor Joanne Santini, UCL Structural & Molecular Biology and the report’s co-author said: “To protect animals, as well as to protect ourselves from the risk of one day catching COVID-19 from an infected animal, we need large-scale surveillance of animals, particularly pets and farm animals, to catch cases or clusters early on while they’re still manageable.”