Roberto Mayor is Professor of Developmental and Cellular Neurobiology at University College London. Elected an EMBO member in 2019 and a former International Scholar of the Howard Hughes Medical Institute. 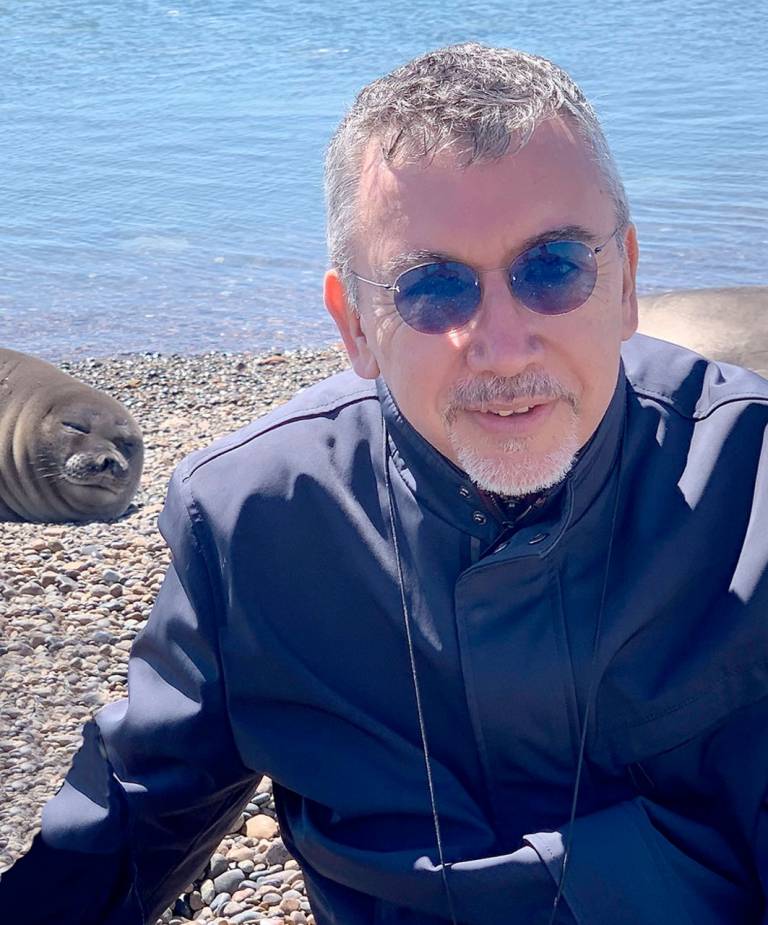 Roberto's lab works on the development of the neural crest, in particular its induction and migration. We met Roberto in Buenos Aires at the tenth biennial meeting of the Latin American Society for Developmental Biology (LASDB, the society he founded in 2001), and discussed the role serendipity has played in his career, why we need a more holistic view of the cell during development, and the challenges and potential of science in Latin America.

Let's go back to the beginning: when did you first become interested in science, and biology in particular, in the first place?

When I was a kid I really liked animals, and had all kinds of them in my house. They weren't really pets as I didn't like the concept of keeping pets, but I just really liked interacting with them. At school, I did well in physics, chemistry and biology, and then when I was around 11 I read the book ‘Microbe Hunters’ by Paul de Kruif that was very influential. It was a story of all the people who discovered microbes through history and how they did it, and I was very impressed: they were so dedicated and passionate about what they were doing, and had so many difficulties that, in the end, there was a real sense of achievement in their discoveries. I think I became interested in science as a possibility for the future at that point, but in my family there was no one in a science-related job – it was not immediately obvious to me that this profession even existed. I started to do some research – in the days before the internet – and I found that in Chile at that time, most of the scientists doing biology were coming from a career that was called Biochemistry. So I decided that OK, biochemistry is for me, and went to study it at the University of Chile in Santiago. However, I was initially disappointed because the ‘bio’ side of things was very small; but I learned a lot of chemistry and physics, which was very useful in the end.

How did you come to find your PhD project and mentor?

It involved a lot of serendipity really: I was studying biochemistry in the Faculty of Pharmacy (which had no biologists in it), and that was during the military government in Chile. This military government liked to do all kinds of experiments with universities, and they decided to merge the Faculty of Pharmacy with another one I didn't know about, the Faculty of Science, as I entered my fourth year. I then had the opportunity to take the biology course with the best biologists in the country at that time, who were at the Faculty of Science. There were two professors in particular, Juan Fernandez and Luis Izquierdo, who were developmental biologists and very inspiring to me; that was when I really decided to become a developmental biologist. I finished my course and was expected to do a thesis, and I did mine in Luis Izquierdo's lab, and ended up staying there for my PhD, working on mouse preimplantation analysis.

Read the full interview in 'Development' published by The Company of Biologists Ltd.