A new study by Evgeniy Galimov and David Gems in Aging Cell describes how a computer model of C. elegans predicts that early death can increase colony fitness. 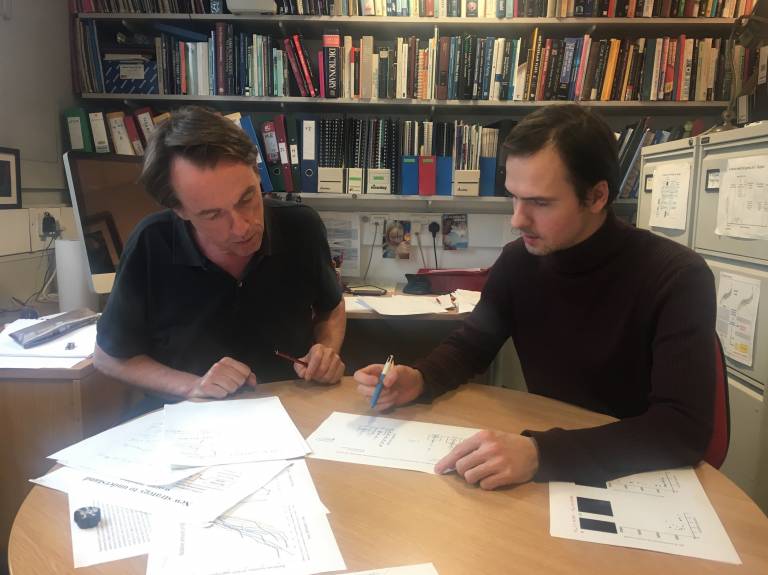 Can ageing be advantageous?

It was once thought that ageing was nature's way of eliminating the elderly for the good of the species. But modern evolutionary theory rejects this idea, because genetic variants that did not die but instead carried on reproducing are predicted to outcompete their altruistic relatives. However, it is theoretically possible that adaptive death could occur in organisms where populations of closely related individuals live grouped together in colonies. It was recently found that wild C. elegans live mainly as colonies of genetically identical worms. To probe the possibility that programmed organismal death, analogous to programmed cell death, could increase fitness at the colony level, Evgeniy Galimov and David Gems created a computer model of C. elegans. 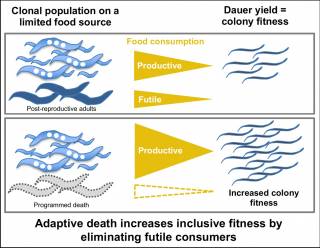 The behaviour of virtual worm colonies showed that earlier death could increase colony fitness, supporting the occurrence of adaptive death. The benefit to the colony could be attributed to the more efficient use of available food for producing colony propagules (dauers). The occurrence of such adaptive death may partly explain the remarkable plasticity of ageing in C. elegans.