Health in old age is a lifelong affair

Diet restriction from youth may improve health in old age and extend lifespan, reveals a UCL co-led study in mice. 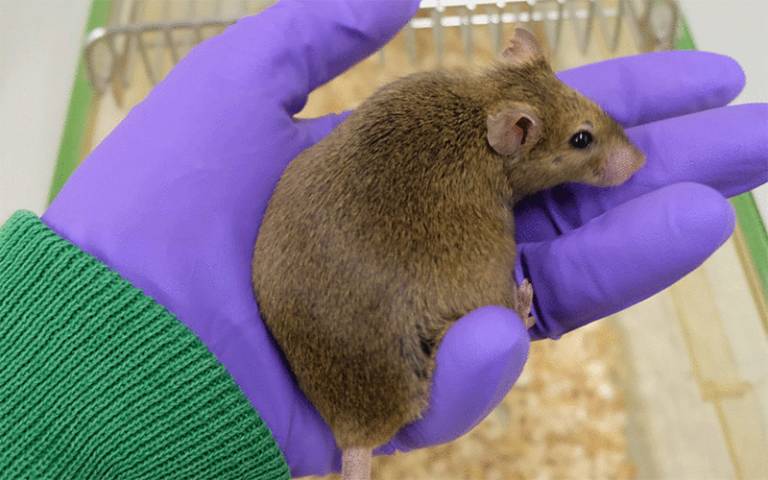 The findings published in the scientific journal Nature Metabolism this October add to evidence in people and animals of how dietary restriction may reduce age-related illness.

Researchers from UCL, the Max Planck Institute for Biology of Ageing, the Excellence Cluster for Ageing Research at the University of Cologne, and the Babraham Institute in Cambridge reduced the amount of food given to young and old mice, and found the mice only become healthier if they started food reduction early on.

"One should establish healthy behaviours early in life. It may not be as good for your health to change your diet later in life. Health in old age is a lifelong affair," said Professor Dame Linda Partridge (UCL Institute of Healthy Ageing and the Max Planck Institute for the Biology of Ageing), one of the study’s lead authors.

In the study, mice lived longer and were healthier in old age if they were given 40% less to eat after reaching adulthood than animals that were allowed to eat as much as they wanted. The mice with restricted diets were fed with food enriched with vitamins and minerals to prevent malnutrition.

If food intake was first reduced in mice when they were already seniors, the researchers observed little or no effect on the life expectancy of the mice. On the other hand, when mice were allowed to eat as much as they liked after a period of reduced food intake, they had no long-term protection, so reduced food intake had to be sustained for mice to reap the benefits.

Reduced food intake must therefore be implemented early and be sustained until the end of life to have positive effects on health in old age.

The team investigated gene activity in different organs in order to clarify why beginning dietary restriction in later years is not as effective. While the gene activity in the liver quickly adapted when mice were transferred to a restricted diet, the scientists observed a ‘memory effect’ in the fat tissue of older animals. Although the mice lost weight, the activity of the genes in the fat tissue was similar to that of the mice that continued to eat as much as they wanted.

In addition, the fat composition in old mice did not change as much as in young mice. This memory effect mainly affected mitochondria, the cells’ power houses, which play an important role in the ageing process. Usually, reduced food intake leads to increased formation of mitochondria in fatty tissue. But the study showed that this is no longer the case when older mice are switched to a lower calorie diet.

This inability to change at the genetic and metabolic levels may contribute to the shortened lifespan of the animals.

Co-lead author Professor Michael Wakelam (Babraham Institute) commented: “The experimental power of integrating data about lipid metabolism and metabolic pathways with tissue-specific understanding of gene expression in mice of different ages and diets has allowed us to demonstrate clearly the importance of a nutritional memory in contributing to healthy ageing.”