New publication in Cell for Saric and Baum Labs 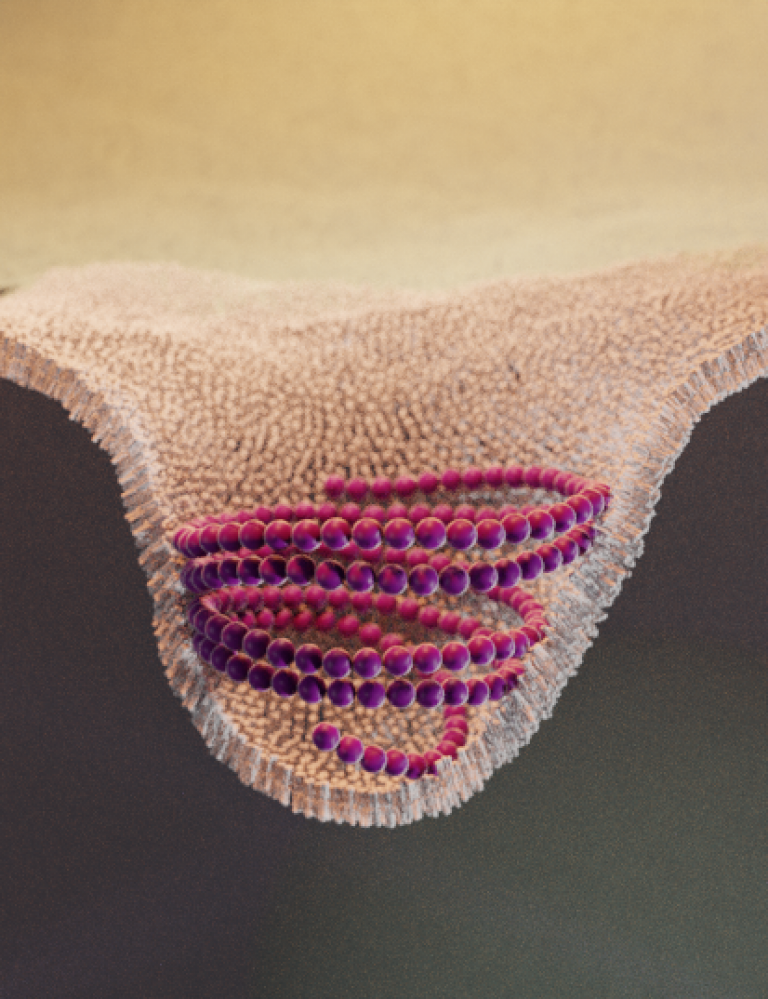 ESCRT-III filaments are active elastic filaments that deform and cut cell membranes from within membrane necks. They are essential for many cellular functions, from vesicle formation and cell trafficking to cell division. How these filaments manage to reshape and cut cells in a wide range processes remains a mystery. In a paper published in Cell, the Roux lab (University of Geneva) in a collaboration with the Saric and Baum labs (UCL LMCB and UCL IPLS) showed that a staged polymerization and depolymerization of ESCRT-III filaments, powered by ATP consumption, drives membrane deformation and scission. Saric and Baum labs developed a computer model to matx experimets from the Roux lab that show how this stages assembly transforms the ESCR-III filament from a spiral into a helix to drive the formation of membrane protrusions, as shown in the animation here.