Tracking the connections between public health and climate change. 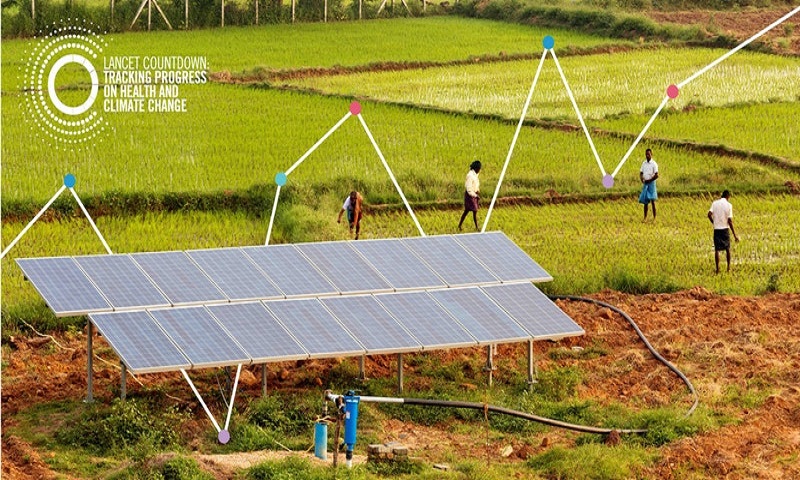 The Lancet Countdown: Tracking Progress on Health and Climate Change is an international research collaboration, dedicated to tracking the world's response to climate change, and the health benefits that emerge from this transition. Reporting annually in The Lancet from 2016 to 2030, it will follow a series of indicators, demonstrating that this transition is possible, that it has already begun, but that more work is needed. Researchers in UCL ISR are responsible for constructing and reporting against the ‘Economics and Finance’ group of indicators.

The Lancet Countdown builds on the success of the 2015 Lancet Commission on Health and Climate Change, which highlighted that ‘tackling climate change could be the greatest global health opportunity of the 21st century’. It exists as a collaboration between academic institutions across the world, working to provide a global overview of the relationship between public health and climate change.

The Lancet Countdown works closely with the World Health Organization's national efforts and their Climate and Health Country Profiles. It strives to communicate its research to health professionals and the broader health community, with an understanding that doctors, nurses, and allied health professionals have a pivotal role to play in ensuring that the response to climate change strengthens public health.