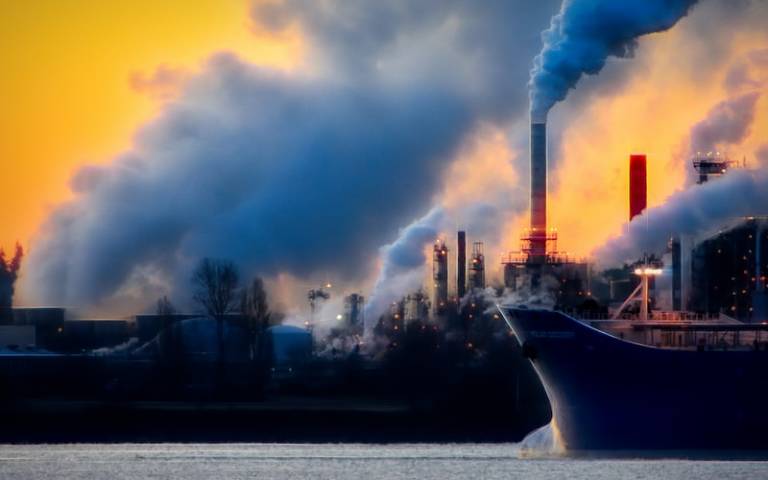 Ahead of the Autumn Statement and at a time when the Government is exploring reforms to the electricity market, today University College London (UCL) and the Aldersgate Group have published a paper outlining how the introduction of a Green Power Pool could significantly reduce the cost of electricity for vulnerable households and business consumers, and lower the burden on public finances by harnessing the rapidly falling costs of the UK’s growing fleet of renewables.

The new research from UCL, developed following extensive engagement with industry, outlines how gas prices currently dictate the cost of electricity in the UK, meaning that consumers do not benefit from the rapidly falling cost of renewable energy. It proposes a new system whereby the lower cost power generated by renewables would be sold in priority to vulnerable consumers, thereby protecting them from the higher cost of electricity on the wholesale market.

This Green Power Pool could initially be based on those renewable projects that are covered by the successful Contracts for Difference (CfD) scheme. The average cost of this electricity generation would be less than half of the current and projected wholesale price of electricity for each of the next five years. By 2026/27, around a quarter of the UK’s electricity generation could be provided by such a pool at an average generation price of £60/MWh’. This share could double if renewable projects beyond those with CfDs were also included.

The high cost of gas, driven by Russia’s invasion of Ukraine, has been a major contributor to the cost-of-living crisis facing households, and a decline in the competitiveness of many UK businesses, in particular energy intensive industries such as steel, cement, glass and other forms of heavy manufacturing. This is worsened by the fact that the UK’s electricity markets are structured in such a way that gas sets the wholesale price of electricity 84% of the time [1]. The Green Power Pool proposal represents an important first step for market reform and should be considered carefully in the Government’s ongoing consultation on the Review of Electricity Market Arrangements (REMA), in which the Green Power Pool was put forward as a leading option for market reform.

By decoupling cheap, clean renewable power from the volatile and high price of gas in the wholesale market, the development of a Green Power Pool offers a potential route to delivering near-term energy bill savings to vulnerable groups of consumers without major public expenditure, making these groups more resilient to global energy price shocks, and further growing the demand for the expansion of renewable power.

The central premise of the Green Power Pool is that it would direct in priority the sale of the lower cost electricity generated from renewable projects under the successful CfD scheme towards vulnerable household and vulnerable business consumers. Based on the contracts auctioned to date, the average cost of this electricity generation would be less than a half of the current and projected price in the wholesale market for each of the next five years. By 2026/27, around a quarter of the UK's electricity generation could be provided by such a pool at an average generation price of £60/MWh. This share could double if other types of renewable projects were also included beyond those covered by CfDs.

This would allow consumers to harness the benefits of the expansion of cheap renewable energy as the country moves towards a decarbonised power system. If targeted initially to vulnerable consumers, it would also reduce the need for major financial intervention from government to alleviate the impact of soaring bills for households and industry. However, the development of a Green Power Pool does not replace the need for further policy interventions required in areas such as energy efficiency, storage, and grid investment to put the UK on a timely pathway to building a resilient, affordable and net zero energy system.

The Green Power Pool could be expanded in scope to cover other renewable energy projects (such as those covered by the Renewables Obligation scheme) - and thus benefit broader categories of consumers. These could include businesses and public bodies already on green tariffs, and businesses that are looking to electrify their processes to cut emissions. Renewable sources are already set to grow to about half of the UK’s electricity generation within five years.

“In the coming months, the Government has the opportunity to introduce reforms that can ensure that the most vulnerable group of domestic and business consumers can rapidly benefit from the falling costs of renewable energy. If designed carefully, a Green Power Pool would do just that, without the need for a significant financial commitment from Government to support energy bills. This option should be carefully considered by Government as part of its ongoing REMA consultation. However, introducing a Green Power Pool does not in any way replace the structural and long-term measures the Government should put in place to build the secure, affordable and low carbon energy system the UK needs. Accelerating investment in energy efficiency, renewables and grid infrastructure must remain a priority for Government in the months and years to come.

“Our electricity market needs reform to better harness the rapidly rising volume of renewable sources that are now much cheaper than fossil-fuel based electricity. This remains true accounting for complementary generation, to ensure that consumers still get reliable supplies. It is a huge opportunity, but to realise it, reforms also need to engage better with consumers - and in a time of national crisis, first help those most in need.

“Renewables are now key to ensuring secure and affordable electricity supplies. Establishing a Green Power Pool can help us facilitate and exploit the opportunities a rapidly decarbonising electricity system offers, de-link the price of electricity from the volatile price of gas, and reduce bills for consumers.

The Aldersgate Group is an alliance of leaders from business, academia and civil society that drives action for a sustainable economy. Our members include some of the largest businesses in the UK with a collective global turnover of over £550bn, leading NGOs, professional institutes, and academic institutions. Our mission is to trigger the change in policy required to address environmental challenges effectively and secure economic benefits for the UK in doing so.

[1] The UK electricity system works by bringing the cheapest power generators online first – usually wind, solar, and nuclear – continuing until there are enough generators online to meet total electricity demand, ending with the most expensive plant – usually gas. All generators are then paid the price of the final, most expensive plant that needed to be brought online to meet demand. This means that although gas only accounts for around 40% of power generation, it sets the price for all electricity sold on the wholesale market 84% of the time. See: UCL (Commissioned by the Aldersgate Group), 2022, Separating electricity from gas prices through Green Power Pools: Design options and evolution p.12; and UCL (Commissioned by the Aldersgate Group), 2022, Price Inflation, Marginal Cost Pricing, and Principles for Electricity Market Redesign in an Era of Low-Carbon Transition.