Rory Brown and James Fenna from the Economics and Policy of Energy and the Environment MSc have been shortlisted for their carbon dioxide removal idea. 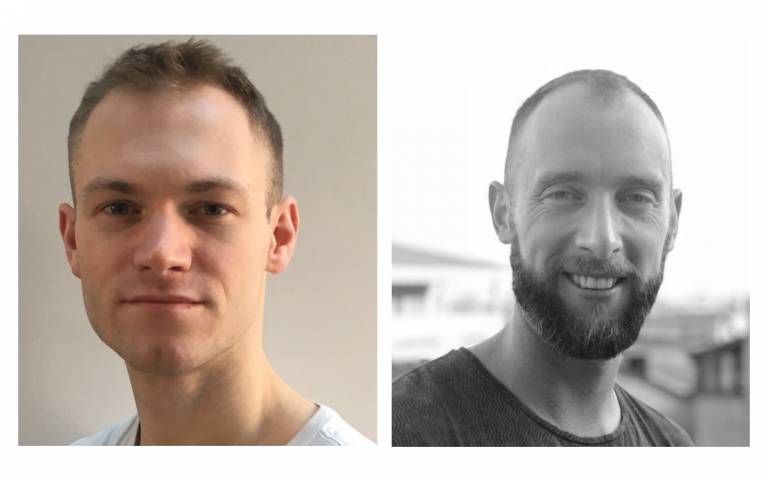 The Mayor’s Entrepreneur Competition, delivered by the Mayor’s Fund for London, is open to all London students and aims to create growth that makes London cleaner, greener and ready for the future.

After making it through the competitive first round, Rory Brown and James Fenna are now in the running to win one of five prizes worth £20,000 towards making their idea, CarbonNET, a reality. CarbonNET is a startup company engaged in carbon dioxide Direct Air Capture (DAC) with an ambition to remove gigatons of CO2 from the atmosphere each year. While most current DAC installations are remote, large-scale and expensive, the team are developing a low-cost capture technology for deployment in residential settings, empowering householders to effectively offset their carbon footprint on site and get paid for it.

James and Rory's team is completed by Nadine Moustafa who is completing a PhD at Imperial College London.

“We believe our team of entrepreneurs drawn from the disciplines of economics, chemical engineering, business and the built environment has the expertise and drive to deliver this product and help hit the vital goal of net zero by the second half of this century.”

For the next part of the competition, the team have attended a bootcamp style training session to get additional training and pitching tips and have submitted a two-minute video pitch. The pitch is being assessed by a panel of expert judges who will select the top six ideas from each award to go through to the final. In June 2022 the 25 finalists will get to pitch their ideas in front of a panel of celebrity judges and a live audience before the winners are chosen.

“It’s fantastic to be involved in the Mayor’s Entrepreneur Competition and we are thrilled to be invited to the semi-finals. The competition is extremely well organised: we’ve been particularly impressed with the effort that has been put into the training programme, particularly around pitch training, through which we’ve had the opportunity to hear all the brilliant ideas submitted to the competition. We’re preparing to submit our semi-final pitch at the moment, and hoping to make it through to the finals and present in person at City Hall.”

Niki Sahabandu a Doctoral Researcher at the UCL Energy Institute, is also shortlisted for the competition.

We wish the teams the best of luck in the rest of the competition.