In collaboration with HSBC, UCL Institute for Sustainable Resources has released a report exploring the solutions and barriers for net zero in freight transport. 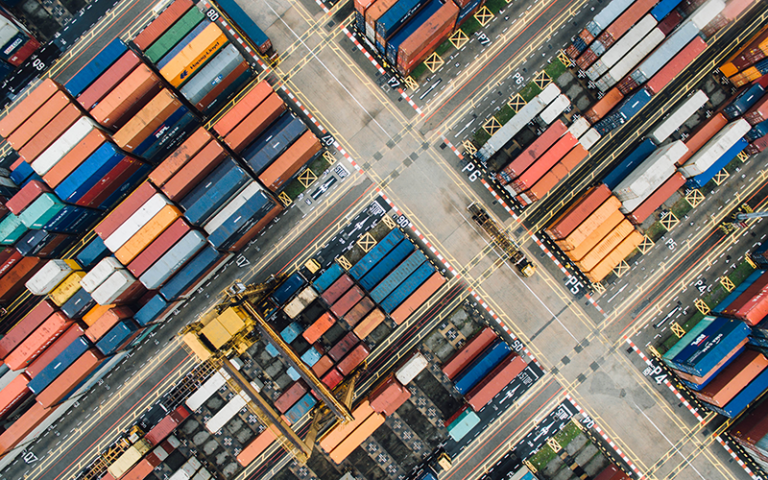 The transport sector is key to the functioning of a modern economy, facilitating the movement of goods and services domestically and internationally and a significant contributor to both employment and GDP. The transport sector however has a significant impact on the environment. In the UK, transport is the largest contributor to domestic greenhouse gas (GHG) emissions, accounting for 27 per cent in 2019. As such, it has a key role to play in helping the UK meet its Net Zero emissions target by 2050, according to a new report, authored by Dr Olivier Dessens and Dr Catherine Willan of UCL’s Institute for Sustainable Resources, in collaboration with HSBC.

Despite clear targets for the sector, such as those set out by the UK Government in the recent ‘Transport Decarbonisation Plan’, the report finds that uncertainty remains around key issues such as the viability of options for decarbonisation, how such seismic shifts will be funded and even whether the infrastructure will be available to facilitate such shifts.

Exploring the solutions and barriers in the transition to net zero, the report highlights that businesses in the sector are at different stages with surface transport (land and sea) generally having more options than aviation. While non-fuel-based solutions – such as managing demand and operational efficiency – will be an important part of the transition, the key to successful decarbonisation in the sector is clearly fuel. That in itself brings broader implications. As the report suggests, greater production and distribution of hydrogen and ammonia will be required, while electricity generation for road and rail transport must not compromise carbon reduction.

This report finds that bringing transport close to decarbonisation is possible for surface transport (land and sea) but very challenging for aviation. For land transport (road and rail), electricity seems to emerge as the first choice for substitution however hydrogen could be used as range extension on some electric vehicles through electricity produced by fuel cells. For shipping, ammonia has been indicated as an alternative fuel choice for decarbonisation. This study finds that aviation is likely to be the hardest to decarbonise. Technological and operational improvement are expected over the coming decades but the choice of alternative fuels will still be limited to synthetic or bio-kerosene. In addition, based on information from scientific literature, policy and science policy, alongside interviews with businesses from the sector, this study proposes what needs to be done for the freight transport industry to play its part in achieving net zero by 2050 and calls on wider government and institutional support to help it achieve this goal.