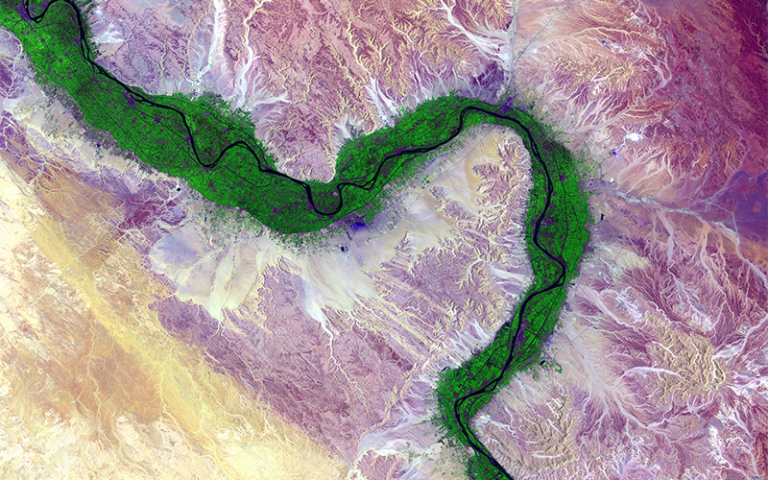 A new Nature Communications publication in collaboration with ISR Associate Professor Alvaro Calzadilla, presents a new generic co-evolutionary hydro-economic modelling framework that captures the dynamic interactions between a river’s hydrology and infrastructure and the macroeconomy of any of the river’s riparians. This multi-sector dynamic modelling framework is used to examine a coordinated operating strategy for filling and operating the GERD on the Nile River. This research linking water and economic modelling shows that coordinated filling and operation of the Grand Ethiopian Renaissance Dam (GERD) increases economic benefits and resilience in the riparian countries. The new approach captures the dynamic interactions between the Nile’s hydrology and infrastructure and Egypt’s economy.

The detailed analysis of the Nile and the GERD shows that in the majority of the hydrologic scenarios examined, coordinated filling and operation of the GERD increases the total electricity generation from both the GERD and the Nile system, sustains Sudan’s water consumption, decreases Egypt’s irrigation water deficits, and increases Egypt’s gross domestic product (GDP) and other macroeconomic indicators compared to an approach that resembles a recently negotiated proposal in Washington D.C..

The research team argues that seeking a technically flexible and legally amendable agreement on GERD initial filling and long-term operation could build trust between Ethiopia, Sudan, and Egypt and make negotiations on the more contentious water allocation and management issue more likely to succeed. The coordinated operation strategy described in the research paper could be a positive step on this negotiation pathway and help foster a spirit of “neighbours looking out for each other”.

Freshwater and electricity are essential inputs to many production activities that drive the economic development and well-being of societies. Their scarcity and variability have been shown to affect the economic growth of nations. In the Nile Basin region, eleven African countries are economically dependent on the river, though differently. In recent years, the water infrastructure in the Eastern Nile has seen significant changes with more dams being constructed in upstream countries—the most recent of which is the GERD. This dam, set to be the largest in Africa in terms of power capacity, continues to cause disagreement between Ethiopia, Sudan, and Egypt on filling and operation strategies.

First author of the new research, PhD Researcher at The University of Manchester, Mohammed Basheer said:

“When a cooperative approach to managing a river system with infrastructures is taken, it is likely to see an overall increase in economic benefits and an enhancement of the resilience to variability in river flows, notably if the river basin extends over multiple countries."

“GERD filling and operation is challenged by balancing needs across competing uses and users. Using a co-evolutionary hydro-economic modelling framework, we highlight the role of cooperation in such a dynamic and complex system, particularly to cope during severe water scarcity periods.”